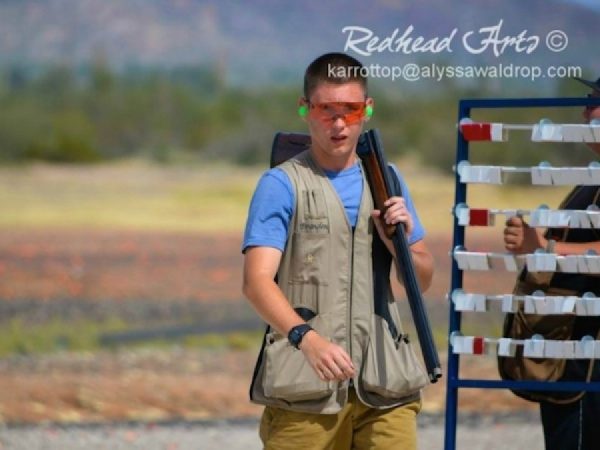 Turlock High School graduate Branden Gover, 17, is literally shooting for a spot on the United States Junior National Olympic Team on July 10 to 13 at the National Championship at Colorado Springs’s Olympic Training Center.

On June 20, Branden Gover won a gold medal at the California State Junior Olympic Championship at Livermore’s Certified Training Center. With the honor he became the number one ranked shooter in the entire state.

His parents Teresa and Shayne Gover say their son dreams of becoming an Olympian and are looking for financial help from the community to help make his dreams a reality.

Recently they launched a GoFundMe page to help pay for the trip to Colorado Springs.

“With travel cost increasing each year, my 2014 goal is to raise $2,500 to help pay for accommodations, entry fees, training supplies and travel expenses to this competition” said Teresa Gover.

Teresa Gover says Branden Gover began competitive bunker shooting in 2009 after his uncle Scott Gover introduced him the sport. By 2011 he was competing at the national level.

“It was obvious he had a natural talent and ever since he started he has moved up levels and never looked back,” Teresa Gover said. “We are so proud of him. He is a humble young man and he loves to help younger kids learn the sport. He is an awesome kid, everyone in the family is so, so proud of him.”

Each week Branden’s parents travel with him to Livermore, one of only four national competition level facilities in the state. He also competes nearly every weekend and all of the expenses are paid for by his parents.

“Its expensive and all of the travel cost add up but that’s why we save every penny,” said Teresa Gover. “But you know when your kid has a talent and wants to be an Olympian you do everything you can to make it happen.”

To donate to Branden’s Shot at the Junior Olympic team, visit http://www.gofundme.com/66pago.