Attendance, Sales Up at Stanislaus County Fair this Year 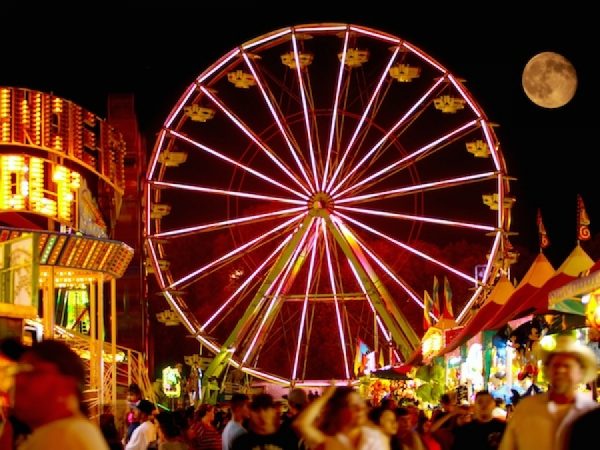 The Stanislaus County Fair rounded out another successful year on Sunday with numbers showing an increase in attendance, and concession and ride sales.

Along with the increase in attendance, concession sales were up 12 percent from last year and sales for Butler Amusement, the Fair’s ride operator, were up 18 percent.

“We consider ourselves very lucky to have such a supportive community,” said Adrenna Alkhas, spokesperson for the Stanislaus County Fair. “The Fair at its core has a lot of history imbedded on its grounds and is a special event for the community.”

Another success for this summer’s Fair was the 1,078 children who signed up for the Kids Club program and the 4,300 new downloads of the Stanislaus County Fair’s mobile app. The Fair also featured the new ReCharge! Modesto Toyota Lounge and the Food Network filmed a segment for “Carnival Eats” with the Fair’s food vendors.

“In addition to a successful year filled with many high valued programs, we wanted to give back to the community by providing a chance for many to enjoy the Fair for free,” said Chris Borovansky, chief executive officer of the Stanislaus County Fair.

Nearly 30,000 individual entries were exhibited at the Fair, including more than 3,700 floriculture exhibits and 2,100 photography exhibits.

“The exhibit program is what sets us apart from other Fairs in the state,” said Alkhas. “The true mark of a fair’s success is not in attendance numbers, but in positive exhibitor participation and happy fair guests.”

Livestock increased entry numbers and total gross sale of animals sold at Fair auctions exceeded over $1.3 million. Future Farmers of America and 4-H members sold 125 heifers at their 47th annual Replacement Heifer Sale, grossing $516,350, or $4,212 per head. Lane Wheeler of Turlock FFA was the Supreme Champion and sold his heifer for $5,600 and Mya O’Brien of Shiloh 4-H was Reserved Supreme Champion, selling her heifer for $8,000.

The FoodMaxx Arena was the home to seven nights of motorsports, two nights of rodeo, and a laser light show. Both destruction derbies were well attended.