Council Approves Combined Regional Housing Plan, First of its Kind in the Nation 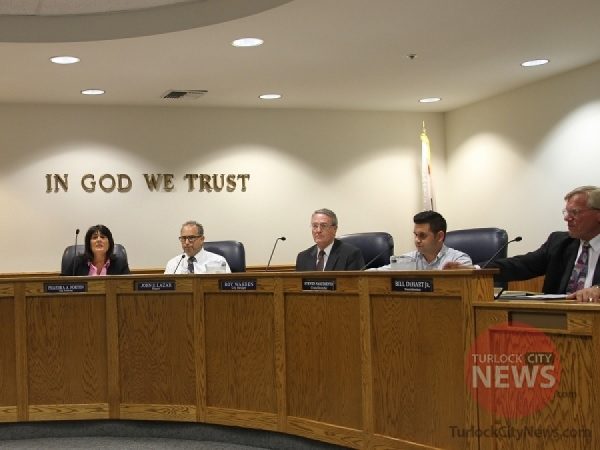 The Turlock City Council approved a Memorandum of Understanding (MOU) between the City and Stanislaus County Tuesday, allowing the two entities to submit a combined regional plan for federal funding to enhance the community’s quality of life by creating and preserving decent affordable housing as well as ending homelessness.

Specifically, the motion approved was an MOU with Stanislaus County for the contract and development of a Regional Consolidated Plan for 2015-2020, a 2015 Annual Action Plan and an updated Assessment of Impediments to Fair Housing, and authorized the City Manager to execute all related documents to the cooperative project at Tuesday’s meeting.

Assistant to the City Manager for Housing and Economic Development, Maryn Pitt, presented the MOU before the Council, explaining that looking at the City’s goals in comparison to the County’s goals, it seemed an understanding could be reached between the two to lessen doubling up of efforts and increase efficiency.

The combined regional plan will be a first for Turlock and Stanislaus County, as well as a first in the U.S., according to Pitt.

“Good evening Mayor and members of the Council, this is actually a ‘feel good’ kind of effort,” said Pitt. “As you know, the City of Turlock does a multi-year planning document in addition to the annual action plan documents and we bring those before you, as does every other entitlement jurisdiction.”

Last year, according to Pitt, when the City began to look at updating its Consolidated Plan, they recognized redundancies between the efforts of Stanislaus County as the Urban County and Community Development Block Grant entitlement, and for the City of Turlock as the Home Consortium lead agency. The Consolidated Plan is a planning document required by the U.S. Department of Housing and Urban Development (HUD) to be submitted every three to five years by all jurisdictions that receive Community Development Block (CDBG) program and HOME funds.

The Plan is utilized to identify housing, homeless, and community development needs, and determines strategic priorities for the use of both the CDBG and HOME funds.

After recognizing a huge amount of crossover between the efforts of the City of Turlock Housing Program and the Stanislaus County Community Development Department, HUD explored and approved Turlock and Stanislaus County to do a regional consolidated plan as well as a regional assessment of impediments to fair housing and to be able to split those costs and create a higher level of collaboration both in services and projects to serve the community.

According to Pitt, between the two agencies, the MOU of consolidation would probably save between $30,000 and $50,000.

Because sufficient funds have been appropriated and are available for the anticipated $37,083 in costs associated with the development of the Consolidated Plan, no General Fund money will be used for the project.

City Manager Roy Wasden commended Pitt for her excellent work, claiming she was the driving force in the effort.

“Mayor and Council, I’d just like to recognize Ms. Pitt that, this is really out-of-the-box thinking, she says ‘we’,” said Wasden. “Maryn drove this and did a fabulous job and it really is a great solution, and it’s the first time it’s happened I think anywhere.”

“HUD is quite interested to see how this works I think that they’re very excited to see the collaboration.”

The Council passed the motion with a 5-0 vote.