Gary Soiseth: Why I Can’t Support Turlock’s Road Tax, Yet 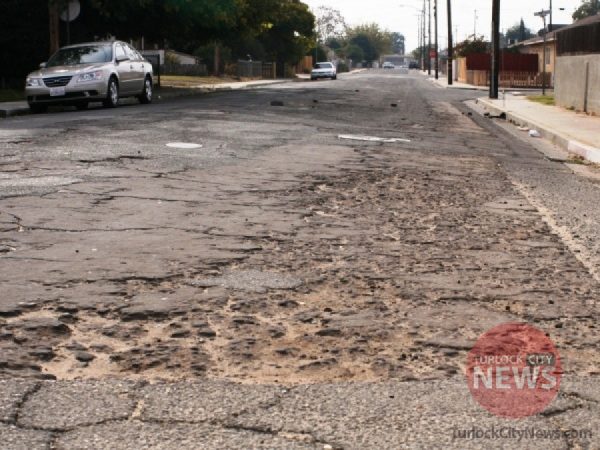 The following article is an Op-Ed written by Gary Soiseth, a candidate for the Mayor of Turlock.

“He is anti-roads.” “He is anti-tax.” “He is too Republican.” All are false claims that will be waged against my campaign for mayor of Turlock because of my current criticism of Measure B, a proposed half-cent sales tax for the next seven years to fund Turlock road improvements.

With only 50% of Turlock’s roads in self-taxing assessment districts, there has been no significant discussion or action on long-term solutions that bring the other half of the City – which includes our older, more socio-economically disadvantaged neighborhoods – into their own assessment district.

Within City Hall’s budget adoption process, there has been no public “line-by-line” process of revenue and expenditure projections to prove to the public that Turlock’s coffers are indeed empty for roads. And until recently, there has been no line-item within the Council’s $32 million discretionary fund for road repair. A recently allocated $50,000 for 2014 is far from the $10 million annual projection needed to bring our roads up to above average conditions.

Measure B is an initiative that doesn’t guarantee the half-cent sales tax raised will be entirely spent on local Turlock roads. A single clause in its Title 3, Chapter 11 states that Measure B will expire “upon the operative date of a validly enacted countywide transportation tax measure.” If Stanislaus County puts forward its own measure and it passes in 2016, Turlock’s half-cent sales tax authority leaves our own City Hall and folds into the Stanislaus Council of Governments (StanCOG) to be disseminated through StanCOG’s yet-to-be determined spending formula.

This clause means that Ms. Smith, a fixed income senior citizen hoping to have her local cul-de-sac repaved, will vote for a tax that may or may not repave the asphalt right outside her door. As it stands, her cul-de-sac is listed in year five on the list of priorities; because of the above mentioned clause, projects listed in years three through seven are not guaranteed.

Instead, any funds raised, which Measure B’s official title states will be spent on “pothole repair” and “existing city street improvements,” could be spent on North County Corridor or Highway 132 improvements – noble economic endeavors for the region, but far outside Turlock and not true to Measure B’s own title and intent.

While I believe local roads’ issues are better solved in a cooperative manner at a regional level where matching funds are available, it’s disingenuous to ask Turlock’s residents to increase their sales tax rates to a county-high of 8.1% while knowing that, in less than two years, the amount of revenue generated for local Turlock roads could decrease dramatically from an estimated $5.6 million to $2.7 million (Source: StanCOG’s 2014 spending formula).

Due to these reasons, I cannot support Measure B until I’m assured that the citizens of Turlock will receive the estimated $5.6 million per year for local “pothole repair” and “city street improvements” for the full seven years of the proposed tax. I’m waiting for this guarantee and will be more than willing to support the initiative once I’m assured Turlock’s taxpayers will receive their expected $39.5 million for the life of this tax.

Turlock deserves a mayor that will question the status quo in pursuit of sound public policy, a mayor who will ask thoughtful and often tough questions and a mayor who will be an avid defender of Turlock’s tax dollars. This is why I’m running for our city's top office and this is how I’ll conduct myself as Turlock’s next leader.