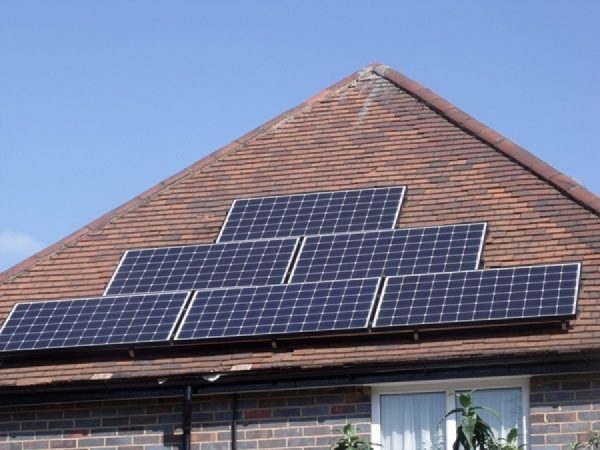 The Turlock Irrigation District Board of Directors unanimously approved a resolution to place a cap on customers who use solar generation to earn a rebate on their electric bills.

Since it was approved in 2003, TID has provided customers who install solar generation a net metering rate schedule.

TID approved a resolution to place a cap on the amount of customers who can participate in the net metering rate due to continual increases.

In the first three years of service, only a total of 20 kilowatts were installed under net metering. Since then, 13,918 kilowatts have been installed through the end of 2013, with another 9,184 kilowatts estimated to be installed in 2014.

“As of July 31, we have 17.7 megawatts of solar,” said Poley on how staff created the net metering cap. “We had pending 3.3 megawatts and we expect growth through the end of the year to be 23.1 megawatts installed.”

Under California Public Utilities Code 2827, the amount of net metering solar to be installed is five percent of of the customer aggregated peak demand. The five percent cap approved by the Board of Directors on Tuesday is 27,810 kilowatts.

Once TID meets the cap for net metering customers, those wanting to install solar generation would be subject to a different rate. The rate for those Self Generating customers has not been decided and will be further discussed at a Dec. 2 Electricity Rate Hearing that was also approved on Tuesday.

After the net metering cap, customers installing solar will have to pay for their own installation of a meter, will not have a standby service from TID, nor will they be able to aggregate their solar accounts.

The TID Board of Directors also unanimously approved a resolution on Tuesday allowing TID customers to aggregate multiple solar accounts.

As TID moves forward, they will be informing the public of how many more customers will be able to fit under the net metering before reaching the cap through the media and on their website.