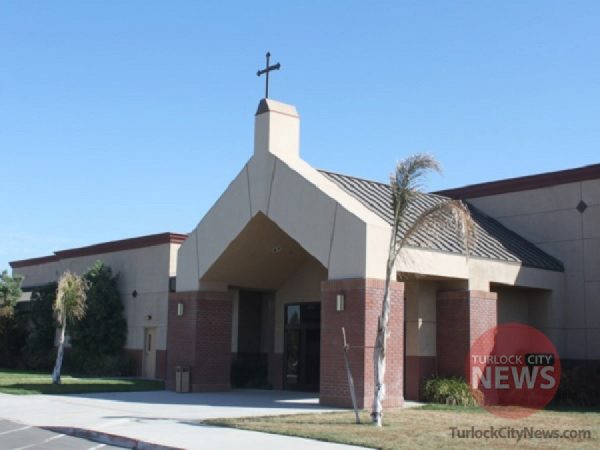 The owners of Larsa Banquet Hall, located just outside the City of Turlock at 2017 E. Monte Vista Ave., are suing a pair of residential neighbors for at least what they claim to be $500,000 in loss of business, plus punitive damage, and they have filed an injunction to stop further complaints by the neighbors about loud music coming from the hall.

Larsa Banquet Hall is a well-known location for events such as weddings, receptions, birthday celebrations and other social events.

The Holy Apostolic Catholic Assyrian Church of the East, Diocese of California Religious Corporation, which owns Lara Banquet Hall, is suing Pat and Gary Toombs, and Kevin and Tracee Storms who live on Amethyst Way, about 600 feet west of Larsa.

Between Amethyst Way and Larsa Hall there is a retaining wall and a corn field.

The neighbors’ attorney, Dan Farrar, says the lawsuit is simply an attempt to silence neighbors from complaining to authorities about decibel levels and, in particular the bass, which his clients claim rattles their windows and disturbs their peace in their own homes.

In the injunction documents, Larsa Hall manager and director of maintenance Kurk Royel wrote, “It has become clear that the defendants are not driven by a desire to avoid having their peace disturbed. Their goal is to have the Hall shut down simply because they don’t like it being there. Filing false police reports to achieve that goal is unacceptable.”

In a motion to strike the lawsuit Farrar wrote, “The complaint serves as a warning to any other neighbors that if they complain about Larsa Hall they will face a lawsuit seeking over $500,000 in damages plus punitive damages plus an injunction against ever speaking out again.”

Under the provisions of Larsa’s conditional use permit with the Stanislaus County Planning Commission, should there be a minimum of four confirmed noise complaints made against them by Oct. 17, 2014, the Planning Commission would institute proceedings to remove their permit.

Clearly the loss of the permit, in Larsa Hall’s own words, “would inevitably result in the closure of the Hall and the irreparable harm of its certain loss through the foreclosure process.”

Between May 10 and Aug. 31 there were several complaints made by the Toombs and Storms to Stanislaus County Sheriff’s Office, nearly all of them after 9:30 p.m. until nearly midnight.

In a report from a Stanislaus County Sheriff’s Deputy on May 10, the deputy wrote, “I stopped my patrol vehicle approximately 500 feet from the main entrance of Larsa Hall. That is when I could hear the bass from the music at a low volume.” However he later wrote “At the conclusion of my contacts, I do not believe the music was at intolerable level. Therefore, I did not cite the manager at Larsa Hall with a noise complaint."

A county ordinance (10.46.060(D)) states that live or amplified music should not be heard more that 200 feet from the source.

In subsequent reports deputies indicated they could not hear or determine if there was any music.

“All my clients want is for Larsa Hall to turn down the bass so they don’t have to lay in bed at night with the windows vibrating and bass music pulsating through their house,” said Farrar.

Farrar’s clients aren’t the only neighbors to complain about Larsa Hall. On Nov. 21, 2013, at a Stanislaus County Planning Commission meeting, fellow Amethyst Way residents including Brad Christian, Michael McGee, Dave Vandenberg and Associate Planner with the City of Turlock Katie Quintero all spoke about their complaints and issues regarding noise coming from Larsa Hall.

The Planning Commission unanimously agreed to table the discussion for six months.

On April 17 of this year, many of the same people voiced their complaints again to the Planning Commission, who again unanimously agreed to table the discussion until this October in order to give Larsa Hall a chance to correct any problems they may have with neighbors.

There is a Planning Commission meeting scheduled for Oct. 17 and Nov. 6, however no agenda has been published as of yet.

Even Stanislaus County Sheriff Adam Christensen is noted by Farrar, who wrote in his motion to dismiss, “On September 6, 2014 Sheriff Christianson, apparently aware of the issues between Larsa Hall and the neighbors, came to the neighborhood on his own initiative. His report… confirms he heard bass music while parked on Amethyst Way.

“Defendants have legitimate, verified concerns that are part of an on-going public debate and they will not be bullied by a commercial enterprise seeking to protect its money-making operation,” Farrar wrote in his motion to dismiss.