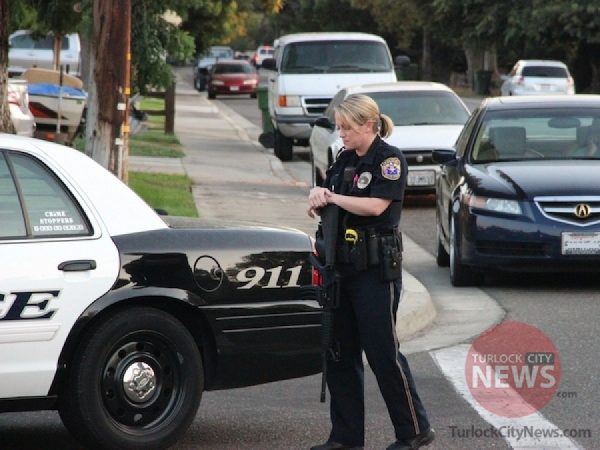 The Turlock City Council, in a 5-0 vote, approved the request put on the agenda by Turlock Police Chief Robert Jackson and Lt. Ron Reid, to accept a $500,000 grant offered by the Department of Justice (DOJ) that would allow the City to hire four more police officers in order to reinstate the Turlock Police Department’s Street Crimes Unit.

As one of 215 cities, Turlock was offered a highly competitive 2014 COPS Hiring Program Award grant by the DOJ Office of Community Oriented Policing Services (COPS).

Since 2008, TPD has undergone a reduction in staff from 81 to what is now 74; the newly accepted grant will not allow for replacing current positions and the authorized sworn staff must officially be increased to 78.

The grant will pay a maximum federal share of $125,000 per officer position for the entirety of the 36 month term; the city is required to maintain the four new positions for at least 12 months at the conclusion of the grant fund term.

The estimated total base salary and benefit cost over the three year term for the four new officers of $1,193,327.44 does not include equipment, uniform allowance, specialty pay, or potential overtime costs as such components are not included in the grant.

The City estimates that additional costs will range from $130,000 to $150,000 over the 3 year period for costs incurred with the positions that are not grant reimbursable and would come from the General Fund.

The total projected impact to the General fund, excluding overtime, specialty pay, uniform allowance and equipment costs will be as follows:

The General Fund will face a projected impact during the 3 year grant period and 1 year retention period estimated at $1,059,000; of note, the timing of hiring will likely spread expenditures between fiscal years.

News of the City Council’s 5-0 acceptance of the $500,000 DOJ COPS grant, and the assurance of four new officers throughout the term to reinstate the Street Crimes Unit, will provide some level of assurance to the community in the coming years in relation to public safety.