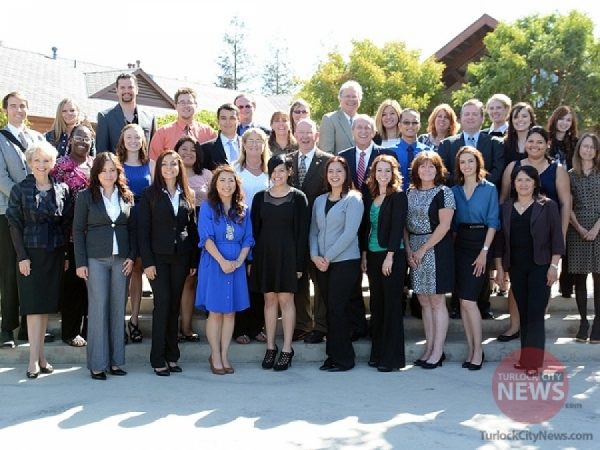 A group of 43 California State University, Stanislaus students were honored as this year’s recipients of the Mary Stuart Rogers Scholarship during an on-campus luncheon Monday.

The scholarship is awarded to students who have demonstrated strong academic performance along with a commitment to personal growth and a desire to serve others.

Since being founded by the late Mary Stuart Rogers, the scholarship program has awarded more than $2.9 million to CSU Stanislaus students.

This year’s group of Rogers Scholars included 33 undergrads and 10 credential students. Many of these students have overcome tremendous adversity during their academic journey to excellence.

Michael Khoshaba, who grew up in war-torn Iraq and moved with his family to the United States at the age of 11, excelled in high school, graduating with a year’s worth of college credits, and he plans to go on to a career as a human resource specialist in the public sector.

Qiaomin Mai, who grew up in China and, as a 6-year-old, cared for her baby brother while her parents were working. She went on to graduate from college in China, then moved to the U.S. in 2001 and is now nearing her bachelor’s degree in accounting at CSU Stanislaus.

Recipients from the teaching credential program are: