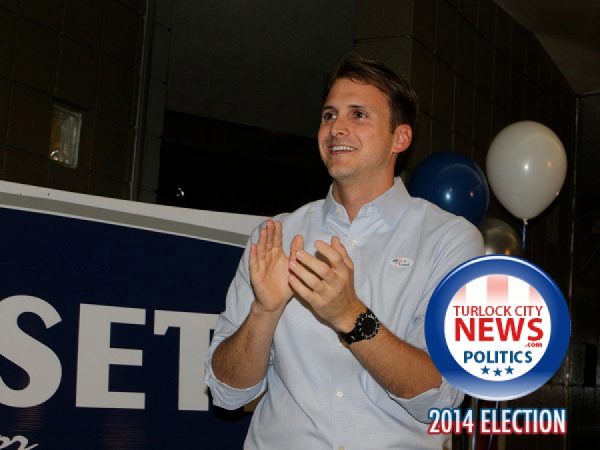 (Update 10:17 p.m.) With 70.27 percent of Turlock precincts reporting, local candidates are beginning to pull away in their respective races for Mayor of Turlock and City Council.

Matthew Jacob (3,428) stands as the top vote-getter in the Council race, with Bill DeHart (3,259) sitting at number two. Forrest White (3,013), however, is beginning to fall behind a bit in third. A little more than 400 votes separate Jacob, DeHart, and White.

The half-cent road tax, Measure B, is close to getting the necessary two-thirds, or 66.7 percent, to pass, but support is beginning to fall. It currently has a 63.06 yes vote.

Districtwide elections do not appear to be as close as the Turlock elections, with incumbent Jeff Denham (R-Turlock), Kristin Olsen (R), and Tom Berryhill (R) leading their respective elections by sizable margins.

Denham has already issued a victory statement on Tuesday night.

"I want to thank the dedicated volunteers who helped spread our message and get people out to vote. The people of the 10th district tonight sent a strong statement about the kind of local representative they're seeking to work on their behalf in Congress. I will continue to fight for our shared priorities and the issues my campaign was built on — like crafting long-term water solutions, creating jobs, fighting for our veterans and protecting our seniors. It's an honor to serve the Valley."

Statewide, the California Governor race has already been called, with incumbent Edmund G. “Jerry” Brown winning reelection over challenger Neel Kashkari, who has conceded the race.

Stay with TurlockCityNews.com as we continue to update the results as precincts continue to report.