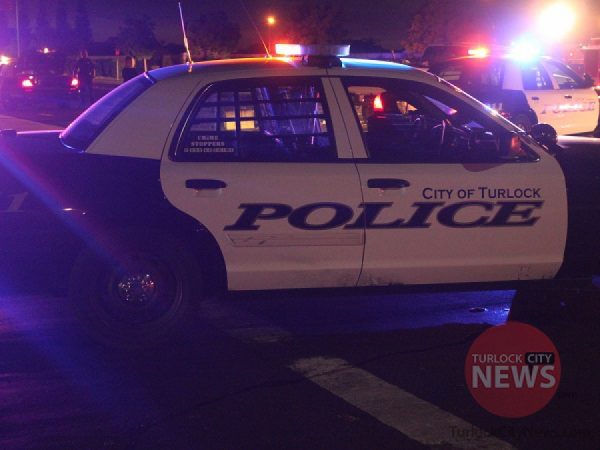 Turlock police are currently investigating a shooting on Angelus Street on Tuesday night, that left a 32-year-old male with injuries to the abdomen and leg, and are looking for two suspects.

Officers responded to the 800 block of Angelus Street at approximately 10:11 p.m. on the report of a shooting.

According to Turlock police spokesperson Officer Mayra Lewis, two victims were walking up to the residence on Angelus Street when they noticed the porch light was off and the front door was ajar.

One of the victims walked into the residence and was confronted by a suspect with a handgun, said Lewis.

Both suspects fled the scene, but witnesses spotted the suspects driving away in a tan SUV, said Lewis.

The victim who was shot, a 32-year-old male suffered injuries to the abdomen and leg, said Lewis, but the injuries were considered to be non-life-threatening.

No other injuries were reported.

At approximately 10:30 p.m., officers located a vehicle that they believed to match the description of the suspects’ vehicle on the 300 block of West Main Street..

They stopped the vehicle and contacted Jose Peralta, 24, who was allegedly found to be in possession of a handgun.

At this time, it is unknown if Peralta was involved in the shooting and the incident remains under investigation.

One suspect was described as a white male in his 20s, standing approximately 5 feet 5 inches tall and weighing approximately 150 pounds. He was seeing wearing a Raiders hoodie and dark pants.

The description of the other suspect is unknown.