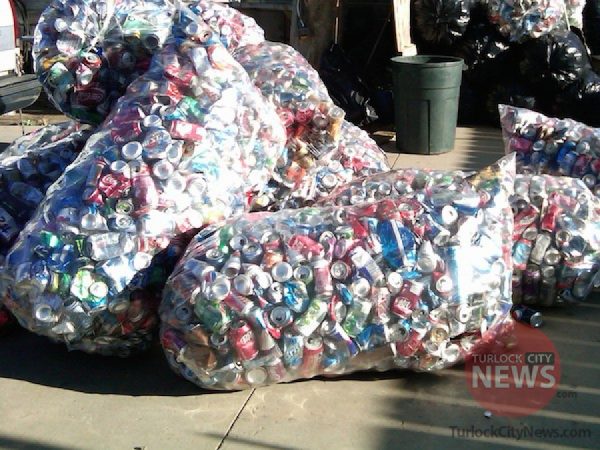 The Department of Justice’s Sacramento Recycle Fraud Team arrested five subjects, including three from Turlock, who have allegedly been illegally claiming California Redemption Value refunds on beverage containers that had already been redeemed.

Robert Nicastro and James Reese, both of Turlock, who owned the recycling center, as well as Jonathan Andrino, of Turlock, Michael Marchant, of Hughson, and Leila Arretche, of Hughson were all arrested on charges of conspiracy, grand theft, and recycling fraud.

All were booked into the Stanislaus County Jail with bail set at $250,000 each.

If convicted, the suspects face a maximum of six years and four months in county jail and $25,000 fine, plus restitution costs.

Arretche and Marchant have both pled no-contest to a felony charge of recycling fraud and have agreed to pay restitution in the amounts of $4,990 and $370,492, respectively. They will each also serve 120 days in jail and be placed on supervised probation for three years.

A sixth person, Joshua Gray, is suspected of working with Andrino and is currently sought by authorities.

“There’s a right way and a wrong way to make money in beverage container recycling, and when people do it the wrong way, they can end up in jail,” CalRecycle Director Caroll Mortensen said. “Along with our partners in law enforcement, we take fraud very seriously and will aggressively pursue individuals who steal from the state’s recycling fund.”

The Department of Justice served search warrants on 12 locations in late September and early October, which led to the fraud team seizing records and $125,000 in cash. As a results, six recycling centers have been placed under “prepayment controls” by CalRecycle, meaning they are not reimbursed for CRV claims until each claim and its supporting documentation have been reviewed and determined to be legitimate.

During a two-day effort, which included CalRecycle personnel, nearly 250,000 pounds — or 22 truckloads — of beverage containers were removed from the ranch and warehouse and sent to a processing facility.

CalRecycle is undertaking a major and multi-pronged effort to protect the recycling fund, including new approaches to curb fraud. Much of the emphasis is on preventing fraud before it occurs, such as enhanced training of recycling center owners and increased scrutiny of payment claims.