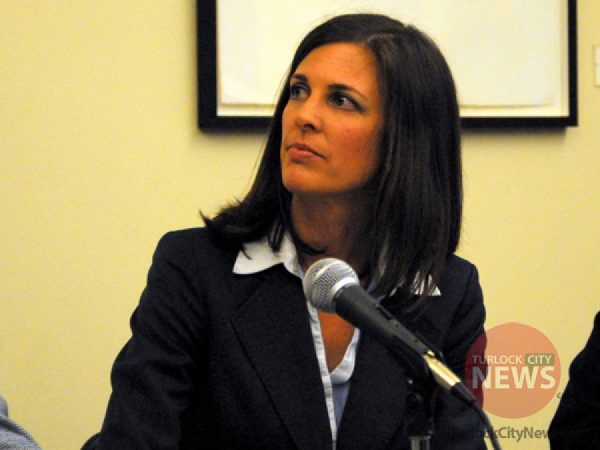 The University of California’s Board of Regents met recently to approve a five-year plan authorizing a UC tuition increase by up to 5 percent annually through the 2019-20 academic year.

The five-year plan was approved by the full Board in a 14-7 vote, while the Regents Long-Range Financial Plan Committee approved the plan in a 7-2 vote, with Governor Jerry Brown’s opposing vote.

Should the State allocate the amount of proposed spending increases totaling at $459 million in the 2015-16 academic year, to the UC system, students would not face rate increases. According to UC President Janet Napolitano, the plan would mitigate and stabilize the issue of annual increases and drops in tuition.

Napolitano stated that the UC receives about $460 million less now in comparison to before the recession. Brown recently vetoed a bill that would have boosted UC’s State funding by $50 million.

“This plan brings clarity to the tuition and financial aid process for our students and their families,” said Napolitano.

In response to concerns expressed by students, parents, and other community members, Assembly Republican Leader Kristin Olsen (R–Modesto) issued a statement ahead of the UC meeting.

“California’s voters were persuaded to approve a tax hike in 2012 because they were promised it would prevent tuition increases at our Universities,” said Olsen.

The UC and CSU system, in 2012, was threatened with a $250 million cut and mid-year tuition increases had Proposition 30 failed.
“It is shameful that the Legislature’s majority party broke its promise by spending much of that revenue on things other than education, creating the difficult situation that UC faces today,” said Olsen.

Olsen continued on the matter.

“I agree with UC President Napolitano about the importance of stabilizing tuition rates and making them predictable for students and families, but it is unacceptable to put higher tuition costs on our young people and their parents while they are already paying higher taxes for the stated purpose of keeping tuition flat.”

Napolitano favored a yearly 5 percent increase in tuition rates for UC students over the next four years with the rationale that the State’s revenue increases of 4 percent, totaling at $119.5 million, were not enough to fund the System’s needs. The 5 percent increase would raise $97.7 million at the cost of students; conversely, the budget offers the alternative of funding the items through the additional allocation of State funds.

The proposed increase in revenue to the UC System, in combination with a variety of items including State funding and the increase in tuition, totals at $459 million to match proposed spending increases.

“I look forward to working with President Napolitano, Governor Brown, and my legislative colleagues as we pursue long-term strategies for maintaining a top-quality and affordable higher education system in California,” said Olsen.

Items of note in the proposed UC spending increases include $32 million to a Faculty Merit Program, $60 million to investment to academic quality programs, $109.8 million to compensation, and $55 million to deferred maintenance.

Further proposed increases included $27 million to employee health benefits and $17.6 million to retirement contributions. Currently, the State does not contribute to the UC’s obligatory employer portion of pension costs, though it pays those in the CSU and the California Community College system.

Additionally proposed is a $72.9 million increase to financial aid funding where the UC has among the largest programs of any university in the country; 55 percent of UC undergraduates have all systemwide tuition and fees covered.

“I have been and will continue to be a vocal advocate for the need to re-invest in our public universities and make them a top budget priority in order to meet our state’s workforce needs and provide access to more students working hard to create their California dream,” said Olsen.
Olsen commented on the “success fees” imposed on many campuses calling them, essentially another name for a tuition increase. Success fees are imposed on many campuses and fund advising, retention, student development and career services programs.
“As a former CSU administrator, I know firsthand that any increase makes it more difficult for students to complete college and pursue their dreams,” said Olsen. “For as long as the education tax exists, it is inappropriate to raise student fees or tuition by any amount – no matter how small.”

Napolitano and other regents welcomed the idea of a committee, but stated that the UC could not wait to take decisive action.

“The Legislature must live up to its promise to use the tax revenue to support education and keep tuition flat for students,” concluded Olsen.

Students and supporters are protesting the fees across UC campuses, which have been continually added to tuition bills, raising the cost of higher education in California.