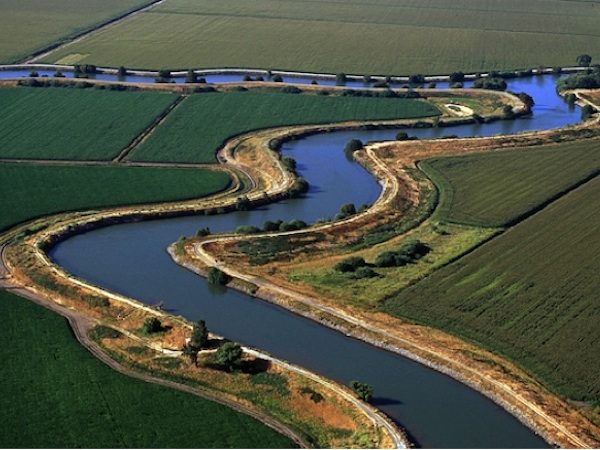 Assemblymember Kristin Olsen (R-Modesto) issued a statement regarding proposed changes to the Bay Delta Conservation Plan (BDCP) delivery facilities based on engineering and feedback that was received during the 2014 public comment period.

BDCP is a part of California’s overall water management portfolio and is being developed as a 50-year habitat conservation plan. The goal, according to the BDCP, is to restore the Sacramento-San Joaquin Delta ecosystem and secure California water supplies.

Presently, the Plan poses the problem by stating that natural flows in the Delta also are altered by operation of the State Water Project (SWP) and Central Valley Project (CVP); systems that deliver water to millions of Californians.

These changes were pursued during the past year in response to concerns of Delta landowners and others; and subject to further refinement, changes will be incorporated into the draft plan and Environmental Impact Report/Environmental Impact Statement that were available for formal public comment until July 29. Changes will be recirculated for additional public comment in 2015.

Per the BDCP, changes are geared toward eliminating three pumping plants on the east bank of the Sacramento River between Hood and Walnut Grove; increasing the use of property owned by the Department of Water Resources; reduce power requirements and tunnel operation and maintenance costs; allowing for water flow from the Sacramento River entirely by gravity at certain river stages.

Changes would minimize activity on Staten Island, which provides the sandhill crane habitat, by removing tunnel launch facilities, large reusable tunnel material storage areas, a barge landing site, and high-voltage power lines.
Additionally, the need for more permanent power lines to the intake locations in the north Delta, including near Stone Lakes National Wildlife Refuge is also eliminated per the changes. Impacts on Italian Slough, near Clifton Court Forebay, are eliminated by removing an underground siphon.

“While I am pleased to see that concerns from Delta communities are being taken into consideration by BDCP administrators, the proposal to remove pumps from the Sacramento River intakes will do little to prevent families and farms from being completely devastated both physically and economically by substantial loss of its most precious resource – water,” said Olsen.

Calling current conditions unsustainable, BDCP proposes that without changes to the way water currently flows through the Delta, a threat is posed to the economy, drinking water supply, natural resources and native species.

A goal of the Plan is to secure California’s water supply through the creation of new water delivery infrastructure and improving the ecological health of the Delta. The goal is restoring or protecting about 150,000 acres of habitat to address the environmental challenges in the Delta.

$216 million has been spent developing the Draft BDCP, conducting the environmental review of the BDCP and its alternatives, hosting public outreach activities, and complete preliminary engineering and design of the proposed conveyance facilities.

Project funding has been provided to the California Department of Water Resource by state and federal water contractors that receive water from the State Water Project, the Central Valley Project, or both.

It is estimated that the construction of water delivery facilities is estimated to cost around $16 billion to be paid for by state and federal water contractors who rely on Delta exports.

“Several projects that are both low-cost and environmentally-sound have been proposed as an alternative to the $25 Billion project, which is expected to drive-up user fees and property taxes as a means of back-filling cost overruns.”

“I urge the Governor to study the feasibility of these projects in order to safely and efficiently meet the needs of all regions of California.”