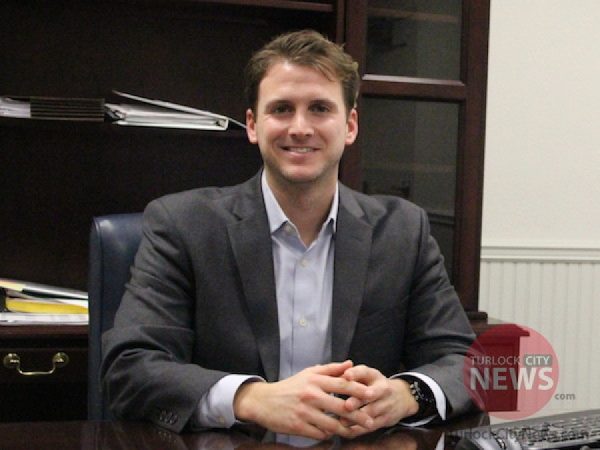 Turlock City Council unveiled an “aggressive” schedule for the 2015 calendar year, with near weekly meetings for three months as part of Mayor Gary Soiseth’s “100 day vision.”

On top the of the regularly scheduled City Council meetings, held the second and fourth Tuesday of each month, there are eight special meetings and workshops scheduled through April.

The special meetings and workshops are intended to take a closer look at the City of Turlock’s Strategic Plan and Budget, as well as roads, water, and other municipal services, and could shape Turlock’s direction for the next four years.

The first workshop, scheduled for Saturday, Jan. 17 at 9 a.m., will take a look into the Strategic Plan and Budget.

Special City Council workshops for 2015 are as follows:

“Obviously the schedule is extremely aggressive,” said Councilmember Bill DeHart at Tuesday’s Council meeting. “We’ve got basically every Tuesday between the third of February and 28th of April… I’ve made a commitment to the process because I believe the process is going to be putting us in a position to move forward in the future.”

The Mayor was very appreciative of Council going forward with this schedule even with the level of commitment required.

“I appreciate you guys changing your schedules for this,” said Soiseth. “I know there’s a lot of sacrifice involved.”

The workshops are all part of Soiseth’s 100 day vision that began on Jan. 5, in which he, Council, and staff plan to take an in-depth look at key issues within the City.

“We’re going to start with the Strategic Plan, update that, and really get the vision and help me express my own vision for the City of Turlock,” said Soiseth in an interview with TurlockCityNews.com. “But also listen to the fellow councilmembers to see where they want to take it and then also work with department heads to hear some of their input."

Soiseth’s vision for the City of Turlock has already began. Soiseth mentioned that his vision in terms of the Strategic Plan includes looking at Turlock in a broader aspect. He wants to take a look at the infrastructure and examine the interchanges, not just local roads, and see how it impacts those roads.

In terms of the budget, Soiseth’s main goal is to make it efficient and justify the money being spent.

“As a candidate I went through the budget line by line already, so I have ideas,” said Soiseth. “I think we have a very efficient budget and we’re doing very well, but we have $13 million in a discretionary fund that we need to prove 100 percent that we’re using efficiently. I think that’s what we owe to the public."

“I don’t think we’re going to find these hidden pots of gold, but I’m just looking for justification for every cent that we spend."

Water and Roads to be Addressed Regionally

Much as his vision for the Strategic Plan, Soiseth believes it is important for roads and water to be tackled at a more regional level.

“I think in regards to water, there’s a lot of common ground among the cities and among the irrigation districts to get the solution for a reliable source of water for the City of Turlock,” said Soiseth. “The key is relationship building."

The City of Turlock has been in talks for decades with the Turlock Irrigation District to build a surface water treatment plant to help deliver reliable and inexpensive water to the residents of Turlock, Ceres, and South Modesto. The plant has a price tag estimated at more than $150 million now, with those cities involved footing the bill — Turlock being hit with the majority of the cost.

Despite the challenges of late, Mayor Soiseth believes that the City of Turlock and TID can strike a deal on the Domestic Water Project this year.

“I think we’re going to do good things when it comes to negotiations over the next couple of months and I foresee a deal being struck by the end of the year. In fact, I’d base my mayorship on it."

Soiseth added that the most important issue with water is having a reliable source and then making sure that it is efficiently administered to the residents at the cheapest rate possible.

Much like water, Soiseth’s vision for roads will take collaboration from several different cities in Stanislaus County.

Soiseth, who said he could not support the half-cent road tax in the state it was prior to the Nov. 4 election, said roads should be looked at from a regional level.

One such way county roads could be improved is a countywide tax, similar to Measure B, that could be on a ballot in 2016. Soiseth appointed himself to the Stanislaus Council Of Governments as his second action as Mayor of Turlock to ensure he would be involved in the discussions for possible a countywide tax.

"I think it’s right for me, after being critical of Measure B, to be on the board that decides whether we go forward with a countywide tax measure,” said Soiseth. “I’ve been on the record saying when we look at roads we need to do it regionally, not city by city."

Turlock to be “Magnet” for Qualified Police Officers

During the last election, one key issue facing candidates was how to manage and fund the public safety departments. Soiseth, who was endorsed by both the Turlock Associated Police Officers and Turlock Firefighters, believes there can be several things done to increase staff and safety.

One such thing is federal grants, such as the $500,000 grant the Turlock Police Department received in October to add four new officers to the department and reinstate the Street Crimes Unit.

Another option, which has been an ongoing process, is the hiring of trainee officers that are being put through the Police Academy by the City of Turlock.

“I’m excited to see the trainees that we have,” said Soiseth. “I’ve talked to Chief Jackson and we will upping our staff level and the quality is high.”

Soiseth added that candidates will begin to be lured to the Turlock Police Department because of the professionalism of the department and the quality of life in Turlock.

“It’s going to become a magnet for other individuals to come here,” said Soiseth about future of the Turlock Police Department. "I think also just the morale boost they’re going to get from attracting those good candidates will almost be a self-fulfilling prophecy and they will continue to attract better individuals that come to Turlock not just for a number, a payment, but they’re going to come here because they want to work in this community and raise their families in this community. That’s what I’m going to do as Mayor — try to keep that morale up as much as possible."
{loadposition banban6}
City, University to Continue Forging Relationship

Last week the California State University, Stanislaus announced the annual Fourth of July fireworks show and celebration would be returning to the University. That event is part of the growing relationship between the City of Turlock and CSU Stanislaus and Mayor Soiseth hopes to continue that.

“I just want to thanks CSU Stanislaus — specifically the President [Joseph F.] Sheley,” said Councilmember Amy Bublak. “It’s great that we’re going to bring back Fourth of July. He’s been one that’s said over and over again that he wants to be a part of this community and wants this community to be a part of the University, so this is an exciting getting back together course of action.”

Soiseth’s main tactic in helping to foster the relationship between the City and University is a simple one: having an open dialogue on key issues.

Issues can be as big as parking — which tends to bring complaints from both students and residents for different reasons — or as simple as figuring out how to get more CSU Stanislaus shirts in Turlock stores.

“It’s just being visible there and I think it’ll go a long way,” said Soiseth, who will be donating his Mayor’s stippen to set up a public policy scholarship at the University.
{loadposition banban1}
100 Days About the Ongoing Work

After all of the workshops, the agendas, meetings, after the 100 days have passed, what does the Mayor of Turlock expect to accomplish?

“I’m really excited at the end of the 100 days to come forward with Council and say ‘This is our clear vision for the next two years and the next four years and even eight years after that.'"

Soiseth mentioned that he did not get the chance to talk to all of residents of Turlock or even all of the City of Turlock staff to share his vision. Through the City Council Soiseth hopes they can present what that vision will be going forward.

However, all of this 100 days vision work will not just be one end-all. The work throughout the 100 days with the workshops may prove to be far more important than day 101.

“What you’ll find, at the end of the 100 days, is it’s not going to be this one report,” said Soiseth. “As these workshops go, we’re going to get direction from Council — the entire Council — is going to give input as to say ‘I want this on the agenda next week.'"

The first major step in Mayor Soiseth’s 100 day vision begins Saturday, Jan. 17 at 9 a.m. as the Turlock City Council looks at the Strategic Plan and Budget. The special meeting will take place in the Yosemite Room of Turlock City Hall, 156 S. Broadway.

“I’m very excited,” said Soiseth about the meetings. “I think there are great times ahead.”