Mayor to Make Multiple State of the City Addresses 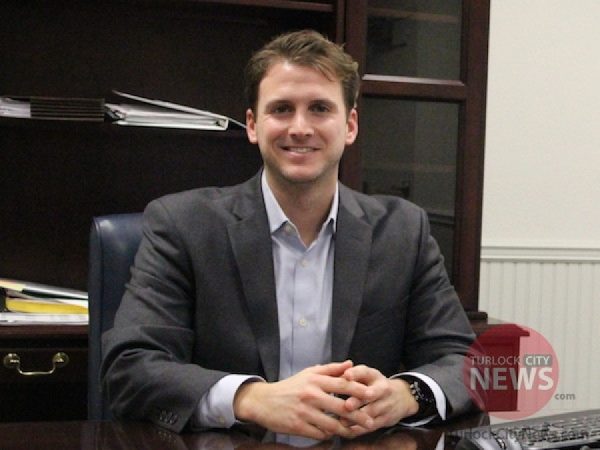 At the Jan. 27 Turlock City Council meeting, Mayor Gary Soiseth announced that he would be making four State of the City addresses during February, however those plans are changing and only one will be open to the public.

The four addresses were originally planned for Feb. 12 at 7 a.m. and 6 p.m. at the War Memorial and Covenant Village, respectively, on Feb. 17 at noon at the Rotary Club, and Feb. 18 at 7:30 a.m. at the Turlock Chamber of Commerce’s Annual Membership Breakfast.

However, Chamber CEO Sharon Silva confirmed that the Chamber’s Annual Membership Breakfast, which was also expected to see Stanislaus County Supervisor Vito Chiesa speak, on Feb. 18 will be moving to a later date. Silva cited timing as the reason for the event’s schedule change, as the Chamber had a busy January and many will be at conference in February.

“Just needed to have more time to prepare, we will still have the event, just later,” said Silva in an email.

Despite the slight schedule change, Soiseth plans to continue with the rest of his scheduled addresses and said he plans on speaking at the Chamber’s Annual Membership Breakfast at the rescheduled date.

“This will be closed to the public and press, because I think it is important for us to be able to speak candidly with the staff as we express the direction that we would like to take the city and the Council,” said Soiseth in a statement.

The address that same evening, Feb. 12 at 7 p.m. at Covenant Village, will be the only address open to the public.

Soiseth will also give a State of the City address to the Rotary Club at a joint meeting on Feb. 17. This meeting will not be open to the public.

“If members of the public are interested in attending, please be sure to contact City Hall for additional details,” Soiseth said in a statement. “I will also continue the tradition of posting the transcript of the State of the City on our City Hall website.”