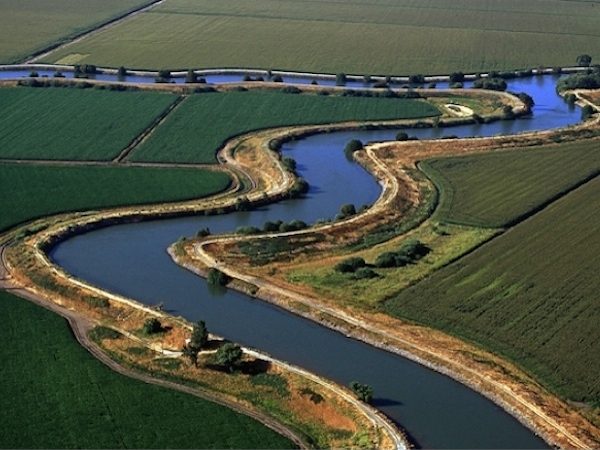 It was recently announced by the Bureau of Reclamation that $50 million in funds will be made available immediately for drought relief projects throughout the West, including approximately $20 million for California’s Central Valley Project.

Secretary of the Interior Sally Jewell recognized the negative impact the drought is having on farmers, ranchers, municipalities, tribes and the environment.

“With climate change, droughts are projected to become more intense and frequent in many parts of the West, so we need to pursue every measure to provide relief and support to communities who are feeling the impacts,” said Jewell.

Jewell stated that the availability of the funds will boost immediate and long-term efforts to improve water efficiencies and increase resilience in areas with particularly high levels of risk.

“I appreciate the support of Congress, especially that of Senator Feinstein and the California delegation, in helping make these much needed funds available,” said Jewell.

The announcement came after a meeting with Governor Jerry Brown discussing the Obama Administration’s ‘all-in’ approach to the drought in California, as described by the Department of the Interior.

The relief efforts include allocations for science and monitoring, operational flexibility to help manage limited water supplies and other efforts to ensure that public health and safety are not compromised.

"This important investment will help us improve how we save and move water, while continuing to protect sensitive habitat and wildlife," said Brown. "Even with recent storms, we have a long, dry trek ahead and a close partnership with the federal government is crucial."

The $50 million for Western Drought Response was made available through the Consolidated and Further Continuing Appropriations Act of 2015 enabling Reclamation to work with water districts and other water users to increase efficiency and conservation of available water.

The plan includes $19.9 million for the Central Valley Project with $5.37 million allocated toward the Delta; this includes drought monitoring for endangered species and water operation flexibility measures; $2.38 million for the Friant-Kern Canal Reverse Flow Pumping Project; $3.65 million for Water and Power Operations for summer water transfers; $1 million for the Battle Creek habitat conservation; $1.5 million to support the Livingston Stone Hatchery; and $6 million for refugees, including acquisition, conveyance and diversification of water supplies.

Additionally, there is an additional $8.8 million for the Central Valley Project in addition to the Western Drought Response funding that Reclamation is also dedicating through the Act to support operations and maintenance, fish passage and fish screens and supplement the Natural Resources Conservation Services (NRCS) water conservation partnerships to improve efficiency of agricultural water use in the state.

Following the announcement, Assemblymember Kristin Olsen issued a statement in response to the $50 million in drought aid coming to Western states.

“Today’s announcement by Secretary Jewell and Governor Brown comes as welcome news for our drought-stricken state,” said Olsen. “I’m especially pleased that $29 million will be dedicated solely to the Central Valley to help our struggling agricultural and rural communities, which have been hit the hardest.”

Olsen explained that while the aid money will help, the need to develop long-term solutions to fix California’s water crisis still exists. Olsen referenced the Water Bond, which California voters approved with an overwhelming majority last November to guarantee funding for additional surface storage, stating that the promise must be kept to voters.

“We have the chance to be a part of history in modernizing California’s water infrastructure. I am proud to play a role in these important discussions,” said Olsen.

“Together we can help future generations of Californians better manage devastating droughts.”