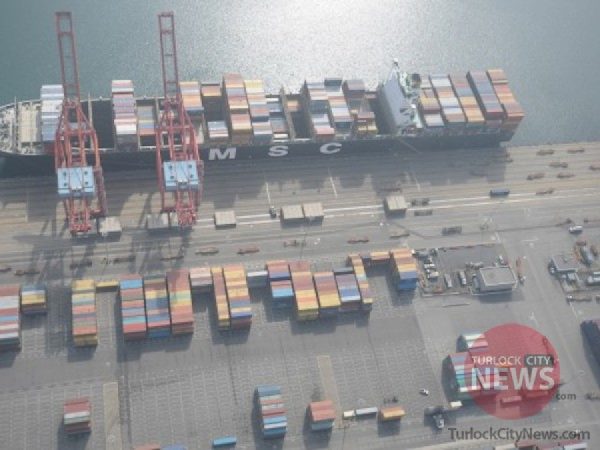 The Pacific Maritime Association (PMA), which heads the administration and negotiations of labor agreements with the International Longshore and Warehouse Union (ILWU), has decided to suspend West Coast Port operations resulting in much public outcry over adverse economic effects and loss of business in the Central Valley.

Reason being that the pay rates on weekends and holidays are significantly higher, a premium rate of at least 50 percent of the basic longshore wage rate. Had workers been scheduled, their pay would stand between $54 and $75 per hour for longshore workers and clerks, and between $77 and $92 per hour for foremen.

The rationale behind the suspension, according to PMA members, lies in the increased pay required by ILWU workers on weekends and holidays and what they describe as “severely diminished productivity,” though a severe cargo backlog at West Coast ports grows. The cargo in question includes perishable products which has resulted in a serious loss of revenue for many local businesses.

Much of the issue comes as a result of nine months of unsuccessful labor contract negotiations. PMA made a comprehensive contract offer to raise ILWU wages by 14 percent over five-years above the current average full-time wages of $147,000 per year, maintaining fully employer-paid health care and increasing pension.

Additionally, the contract includes a provision to allow longshore workers to be paid for 40 hours weekly, regardless of the availability of work. The contract would also give ILWU jurisdiction over truck chassis maintenance and repair.

According to ILWU, the PMA has stated that ports are too full to receive cargo to which they disagree, stating that docks are clear but are congested due to factors outside of the scope of the ILWU.

“PMA is leaving ships at sea and claiming there’s no space on the docks, but there are acres of asphalt just waiting for the containers on those ships, and hundreds of longshore workers ready to unload them,” said ILWU International President Bob McEllrath.

“The employers are deliberately worsening the existing congestion crisis to gain the upper hand at the bargaining table.”

PMA spokesman Wade Gates stated that the unsuccessful labor negotiations propelling the issue comes from ILWU members making unreasonable demands. PMA, calling their actions essentially a paid strike, has countered the ILWU by reducing their potential to work more hours or receive premium pay rates. Though the groups have sought federal mediation assistance, nothing has been reached.

“While the ILWU has claimed that the parties are “this close,” they continue to push demands that would cripple the West Coast waterfront,” said Gates.

Gates stated that the ILWU is demanding the right to fire any arbitrator who rules against them at the end of each contract period, stating they are the groups who keep ports operating smoothly, pointing out that such instances are the reason an arbitration system is needed. PMA suggests that between 2008 and 2014, the ILWU was found guilty of in excess of 200 slowdowns or stoppages of work.

“I am very concerned about what's going on at our West Coast ports with labor negotiations,” said Olsen. “It is having a devastating impact on our economy and ability to move goods and perishable foods.”

Olsen called on the federal government to intervene, promising to work with her legislative colleagues to prompt action from President Obama and the National Labor Relations Board.

“California's economy, farmers, and farmworkers are essentially being held hostage, and that is unacceptable!” said Olsen.

Local business Woods Furniture works in an industry that is being affected by the ports situation. Employees at Woods Furniture told TurlockCityNews.com that the company and its manufactures have been proactive in getting product to the showroom, however, it has taken a lot of planning and effort.

U.S. Representative Jeff Denham (R-Turlock) also spoke on the matter during a press conference joining a bipartisan group of legislators calling for an immediate resolution between the PMA and ILWU denouncing the standoff that has had adverse results for companies, families and small businesses throughout the country.

“This is no longer a California problem or a West Coast problem,” said Denham. “This affects our national economy. This must be solved now, before millions of jobs, billions of dollars and tons of perishable products are lost.”

Recently, Denham signed on to a bipartisan letter addressed to both ILWU and PMF encouraging swift resolution on the issue noting the long and short-term implications of failure to open port operations.

According to the letter, the West Coast port shutdown in 2002 resulted in $15 billion economic losses; the National Retail Federation and National Association of Manufactures suggest that another 10 day shutdown would result in over $21 billion in losses, affecting over 169,000 jobs.