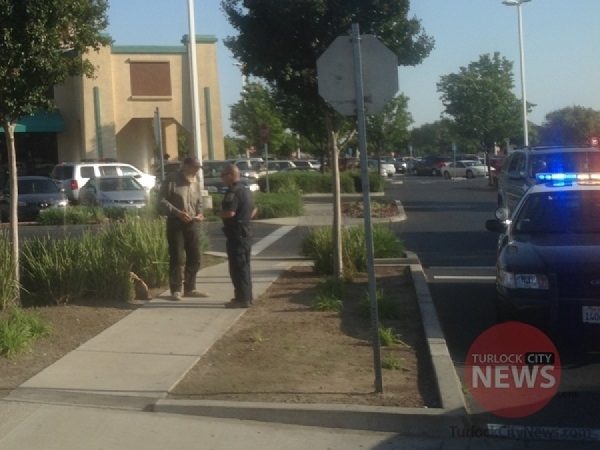 Turlock police recently gave an update on panhandling in Turlock and are asking for the public’s assistance in helping with enforcement.

“We’ve done our best to try to deal with this through enforcement alone, and will continue to do all of the enforcement activity necessary with the public’s help for those specific sections that are enforceable,” said Turlock Police Captain Steve Williams at the most recent City Council meeting.

According to Williams, the Turlock Police Department faces many roadblocks in enforcing aggressive panhandling in Turlock. Among those are constitutional protections, including free speech.

Loitering and vagrancy have both been deemed unconstitutional and therefore are unenforceable by police.

The Turlock Police Department can deal with the issue of panhandling, however they must work within the law.

Code 4-7-904 prohibits pedestrians from standing on an island or median unless it is a temporary stop, such as a stop in a long crosswalk. Panhandling is not an exception in the code, said Williams.

The other code, 5-26-02, is the code that directly addresses “aggressive” solicitation or panhandling. Under the code “no person shall solicit, ask or beg in an aggressive manner in any public place.”

“Aggressive manner” is defined to include intentionally touching or causing physical contact with another person or occupied vehicle, using violent threats or gestures, persistently following or approaching a person, and intentionally blocking safe passage or a person or vehicle before, during, or after solicitation, asking or begging.

There is also a section of the Penal Code, PC 602.1, that can also be enforced on panhandlers. The code prohibits anyone from intentionally interfering with a lawful business. Williams said that this code is very specific, however.

Enforcement, however, is not as easy as simply finding a panhandler to prevent aggressive panhandling. The Turlock Police Department needs assistance from the public to enforce these codes.

Specifically on Municipal Code 5-26-02, Williams said that a witness is needed not only to report, but also to prosecute.

“If you are the victim of aggressive solicitation please call us, please leave your name, please let us contact you, and please cooperate with the investigation so that we can hold the person accountable for what they’ve done,” said Williams.

There are also differences on how police can enforce these codes on private, public, or quasi-public property.

“It’s a complex issue, there are a number of reasons why people will panhandle,” said Williams. “… Basically, they panhandle because they can."

“If we could, as a community, maybe take the position to donate that money instead to a cause that is in town instead of to individuals it might encourage those individuals to seek those services that are already established."