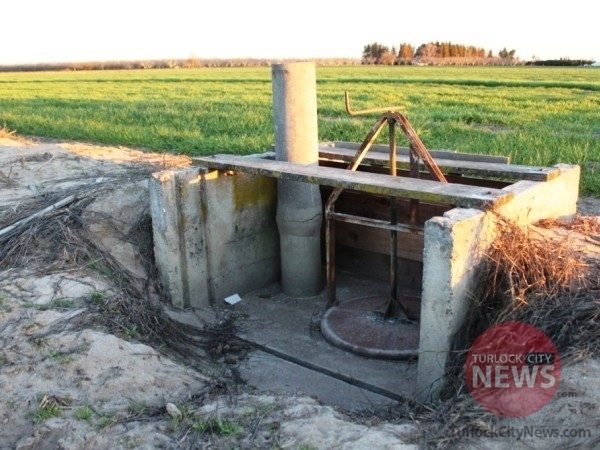 Turlock Irrigation District gave growers the grim, yet unsurprising news for the upcoming irrigation season, while it will only get worse if dry conditions continue.

TID irrigation customers are already expected to receive a record-low amount of water this year — even lower than last year’s record-low of 20 inches. However, the fourth year of the drought is taking its toll on water available.

At last month’s growers meeting, TID staff recommended under 18 inches of water for irrigation customers, with the caveat that less water would be available if dry conditions continued.

On average, January and February combine for approximately 12.52 inches of rain, yet to-date there is only 13.56 inches of rain — about 56 percent of to-date.

An unprecedentedly dry January of only 0.09 inches greatly hurt number, although numbers were never going to make it to normal conditions.

Even a promising February only netted about 63 percent of monthly average with 3.82 inches of rain.

According to Her, if these dry conditions continue, we may be reaching a whole new level of the drought.

Even if the area receives average rainfall going forward, the four years from 2012 through 2015 will be the second driest years on record.

While numbers for the irrigation season are not quite set, that has the possibility of being either good or bad for farmers in TID.

“If I were to go to the Board today or tomorrow, we would likely recommend about 15 or 16 inches,” said Her.

The 15 or so inches depends on a scenario of TID receiving an average dry year amount of rain, which means about 18 inches to-date by the end of March. On average, March gets about 5.5 inches of rain, which is right around what is needed for average dry conditions.

”If conditions worsen and we don’t get those 5 and a half inches that we anticipate to get, it will be less," said Her.

TID staff will likely recommend a water allotment to Board of of Directors on March 24, where the Board would set the irrigation season. The wait to set the season is to have more data, including the March snow survey, another month of known rainfall, and about two weeks of forecast to look at, said Her.

“We will monitor the conditions,” said Her. “…We hope for the best; we hope that we will get all of those averages and beyond average wet years."

The 2015 irrigation season, at this time, is expected to run from April 9 to about the first week of October. This may change, however, based on upcoming conditions.

Much like last year, TID will be pumping groundwater to help mitigate lack of surface water for irrigation; the district will pump a total of 90,000 acre-feet this year, about 30,000 acre-feet less than the normal dry year.

Once again TID will be renting pumps from customers and offering those customers 12 inches of water, however not all customers will be used for pumping.

Customers east of Faith Home Road and north of Harding Road will not be asked to rent pumps to the district. Last year pumps in this area were rented by TID, however for many reasons the district will not rent those pumps this year.

Customers with pumps in those areas will still be available for some pump credits, however, according to staff.

Irrigation customers will also face higher rates this year, in addition to the lower amount of available water.

The TID Board of Directors approved a resolution to double irrigation rates on Jan. 13, which will go into effect this upcoming irrigation season.

With the dry year on the horizon, irrigation customers will be charged the dry year rates, which are more than double the increased normal year rates.