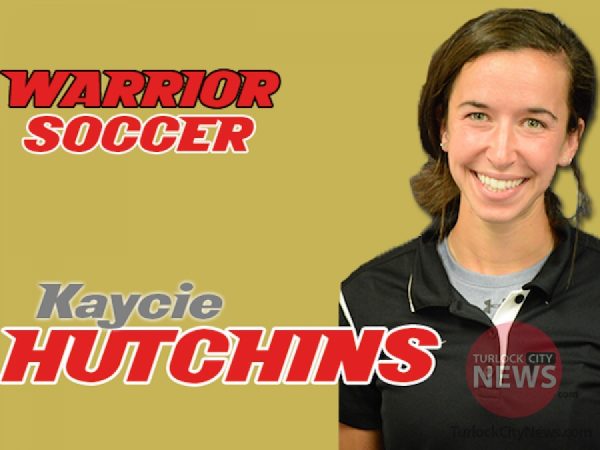 California State University, Stanislaus women’s soccer coach announced Friday that Kaycie Hutchins has been hired as the first assistant coach and recruiting coordinator for the Warriors.

"Kaycie is the perfect fit for our program," said Bolton, via Warrior Athletics. "She has an outstanding soccer background having worked and played at Central Washington for head coach Michael Farrand. She also brings wealth of experience from her time at the IMG Academy."

Hutchins will begin her new position at CSU Stanislaus, where her primary duties will include assisting Bolton with coaching the team, coordinating all recruiting efforts, and the day-to-day operations of the women's soccer program, on March 16.

Because of Hutchins’ unique experience in the area of sports performance, she will also oversee the technical and physical performance of the women’s soccer team, working closely with with strength coach Matt Fraze to physically prepare the Warriors for competition. This will include weight training, conditioning, nutrition, recovery, etc.

Hutchins will also manage “Operation Graduation,” a very successful graduation initiative started by Bolton in 2006. She will work closely with Athletics Academic Advisor Raichelle Grays to advise, monitor, and facilitate the graduation of the members of the women’s soccer team.

"I am honored to take on this new role and excited about the success we will achieve in the seasons ahead," said Hutchins. "The program, current staff, and especially the young athletes are amazing. I am extremely lucky to be a part of this program. I am thankful for my time at Central Washington University (CWU). I learned skills as a player and a coach from a great teacher of the game. The knowledge I learned at CWU has prepared me for this new adventure."

Prior to becoming assistant coach at Central Washington, Hutchins spent two years at the IMG Academy in Bradenton, Fla., as an Assistant Performance Coach. She primarily worked with men's and women's soccer, golf and tennis teams, as well as football to create and supervise in-season, off-season, and post-season strength and movement programs. She also designed speed and movement sessions for soccer players to reduce injuries and improve performance.

During her playing career, Hutchins was a four-year starter and two-year captain for CWU, being named to the All-Great Northwest Athletic Conference (GNAC) soccer teams three times and was named to the GNAC All-Academic Team all four years. She holds numerous CWU records and was a member of the Student-Athlete Advisory Committee (SAAC).