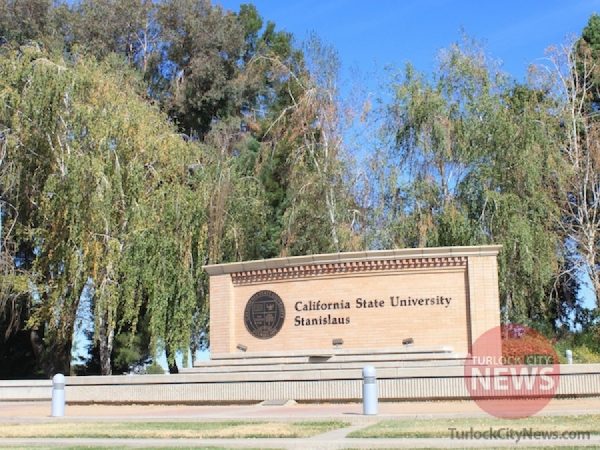 Students from the Chi Alpha group at California State University, Stanislaus are challenging the University to allow the group back on campus after being banned for religious discrimination.

Chi Alpha, which has been on the University campus for more than 40 years, originally lost its recognition by CSU Stanislaus at the start of the 2014 academic year for religious discrimination.

Although Chi Alpha has attempted to comply with the University’s requirements, the group has still been expelled from the campus and forced to cancel previously scheduled events, according to a press release.

CSU Stanislaus, as well as the rest of the CSU system, prohibits student groups on campus from discriminating on the basis of race, religion, sex, etc., per Executive Order (EO) 1068.

CSU Stanislaus, based on their interpretation of EO 1068, determined that Chi Alpha, which requires its student leaders share the group’s mission and Christian beliefs, could not select leadership on the basis of religion.

“How can someone lead us if they don’t share our mission?” asked Bianca Travis, president of the Chi Alpha chapter and senior at Cal State Stanislaus, in a press release. “It’s impossible to genuinely lead a worship service or Bible study unless you believe what you’re teaching.”

“Their constitution also requires voting members and officers to embrace the purpose of the chapter as stated in the constitution,” said Lynch. ”The university is not saying the organization would engage in discrimination, but the constitution as currently written would allow it, and that would violate EO 1068 and California state law.”

In September of 2014, Chi Alpha was asked to update their constitution to reflect the new interpretation EO 1068, which the group claims they did on Oct. 10, 2014. Although, as of Feb. 25, the University claims Chi Alpha has not submitted a compliant constitution.

According to a letter from Vice President of Enrollment & Student Affairs at CSU Stanislaus Dr. Dr. Suzanne Espinoza, sent in response to the letter to Sheley, the University required Chi Alpha remove a portion of the following statement: “Chi Alpha agrees to comply with the University’s post-September 2014 interpretation of its anti-discrimination policy only under duress and only to the extent that Chi Alpha retains the ability to select leaders that fully support Chi Alpha’s mission and are capable of carrying out that mission.”

The latter half of the statement, according to Espinoza, states that Chi Alpha is disregarding the policy.

“[This] portion of the sentence expresses an intent to disregard California law and CSU’s ‘all comer’s’ policy, as expressed in EO 1068,” Espinoza wrote in the letter to Chi Alpha. “This portion of the final sentence would need to be removed from any updated constitution Chi Alpha submits to CSU Stanislaus before Chi Alpha could be considered for reinstatement for the 2014-15 academic school year.”

The sentence has since been removed, but the constitution now states “Chi Alpha believes that the University’s post-September 2014 interpretation of its anti-discrimination policy burdens Chi Alpha’s sincere religious exercise, improperly interferes with the internal affairs of a religious organization, and violates the law, including but not limited to the First Amendment of the U.S. Constitution and Article I Sections 1, 2, and 4 of the California Constitution.”

For Chi Alpha, which is also known as the Stanislaus Christian Fellowship on campus, to be reinstated on campus, the constitution needs to be updated to comply with EO 1068. On Tuesday, Chi Alpha sent another letter to CSU Stanislaus asking the University immediately reinstate the student group, as the group has submitted a compliant constitution.

The status of the updated constitution is unknown at this time.

“I am requesting that California State University, Stanislaus immediately reconsider and reverse their actions against Chi Alpha,” Turlock City Councilmember Matthew Jacob said in a statement on Thursday night. “In the University’s attempt to enforce non-discriminatory policies, they themselves are discriminating against the religious creeds of this particular student organization.”

Despite CSU Stanislaus’ request of Chi Alpha to comply with EO 1068, the University would not ban Christian leaders from Chi Alpha.

“Nothing in CSU’s policy compels which candidate must be chosen by the membership for leadership,” said Lynch. “Each student organization may select its leaders by a process of its choice, and students are free to vote for candidates who best represent their views.”

Chi Alpha argues that non-religious students groups on campus, such as the Feminist Majority Leadership Alliance or Greek fraternities, do not face the same requirements.

“Cal State Stanislaus allows fraternities to limit their leaders and members to men,” said Keim in the press release. “So why can’t a religious group require its student religious leaders to practice what they preach? We call on Cal State to reinstate the Chi Alpha chapter immediately.”
{loadposition banban6}
However, Lynch said on Friday that all student groups on campus, both religious and non-religious, are “subject to the same non-discrimination requirements.”

Lynch also added that the student is not “kicked off” campus, as the press release from Chi Alpha states, but they are simply no longer officially recognized due to compliance and cannot reap the benefits of other student groups.

“Although Stanislaus Christian Fellowship is not officially recognized, it has not been kicked off campus,” said Lynch. “It remains welcome on campus.”