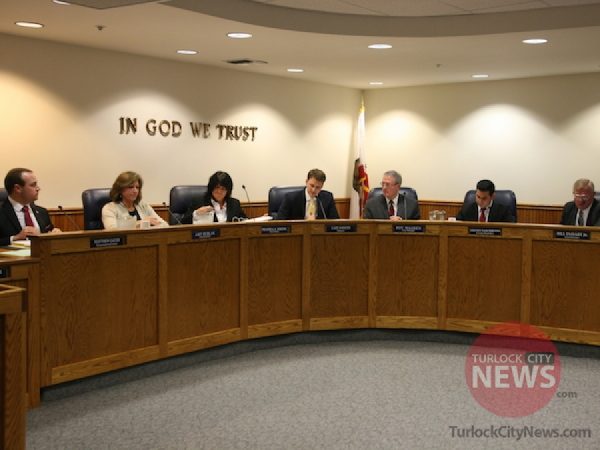 On Tuesday, the Turlock City Council is expected to make a proclamation to implement further water restrictions for the City of Turlock.

On April 1, due to a fourth year of drought for California, Governor Jerry Brown issued the first ever mandatory water restriction for the state of California. Brown directed the State Water Resources Control Board to reduce water usage by 25 percent in cities and towns across California.

The 25 percent reduction across the state is approximately 1.5 million acre-feet of water over nine months.

To comply with the water restriction mandate, the City of Turlock will be placing further restrictions on water usage.

In January, Director of Municipal Service Michael Cooke reported that Turlock residents had reduced water usage down to around the state average, approximately 140 gallons per person per day. The annual usage for 2014 was down to levels in 1998-99, when the population was around 50,000, according to Cooke.

Despite the previous conservation efforts, more restrictions are on the way.

Currently, Turlock residences can water three times per week — Wednesday, Friday, and Sunday for odd numbered houses and Tuesday, Thursday, and Saturday for even numbered houses.

The new restrictions have not yet been released, however, Cooke is expected to give a presentation at Tuesday’s City Council meeting.

The state mandated restrictions includes significant cuts in water use for campuses, golf courses, and other landscapes, as well as ban of watering ornament grass on public medians.