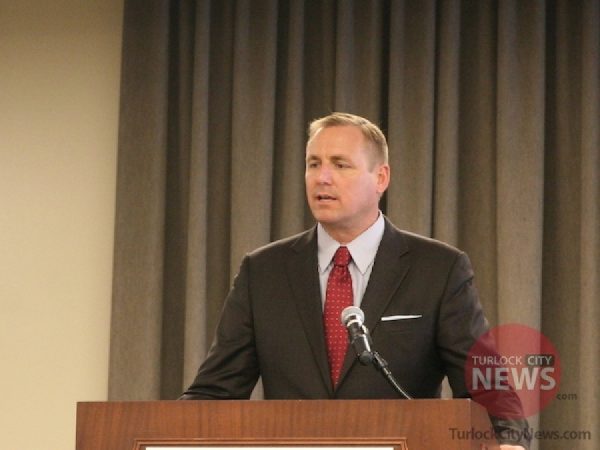 In the spirit of many people writing large checks to the IRS this tax season, U.S. Representative Jeff Denham (R-Turlock) voted in support of the State and Local Sales Tax Deduction Fairness Act of 2015 and the Death Tax Repeal Act of 2015.

The legislation was introduced in effort to reduce the tax burden on small businesses and American families by eliminating unnecessary taxes and simplifying our existing tax code.

“Too many American families have experienced firsthand the frustrations of trying to navigate our almost incomprehensible tax code,” said Denham. “It’s estimated that the average American spends 13 hours each year preparing their taxes. I remain fully committed to finding solutions to lessen that burden and help establish a fairer, simpler, and flatter tax code.”

Denham stated that a fairer, flatter tax code starts with repealing unnecessary taxes that obstruct the ability of job creators’ to hire more workers, as well as those taxes that penalize small businesses.

The State and Local Sales Tax Deduction Fairness Act of 2015, H.R. 622, would make permanent the current choice taxpayers have on their federal returns to either deduct their state income tax or their sales taxes starting in the 2015 tax filing season.

The Death Tax Repeal Act of 2015, H.R. 1105, to which Denham is a co-sponsor, would amend the Internal Revenue Code of 1986 to repeal the estate and generation-skipping transfer taxes.

The ‘death tax’ is also known as an inheritance or estate tax. It was reinstated in 2011, and is in short, a tax imposed on the recipient of the transferred estate of a deceased person. After deductions, estates with relatively high net values, dictated by the rate of inflation, are taxed at 40 percent.

The legislation would allow family businesses to stay open for future generations by removing a costly 40 percent tax they would need to pay in order to pass hard-earned income down to their descendants. Essentially, the estate tax is a leading cause for the dissolution of family owned businesses.

A 2012 study by the Joint Economic Committee concluded that the death tax, which has been deemed to be intended primarily a means of wealth redistribution, has reduced the amount of capital stock in the U.S. economy by approximately $1.1 trillion since its introduction