Desalination Plants Being Explored Due to California Drought 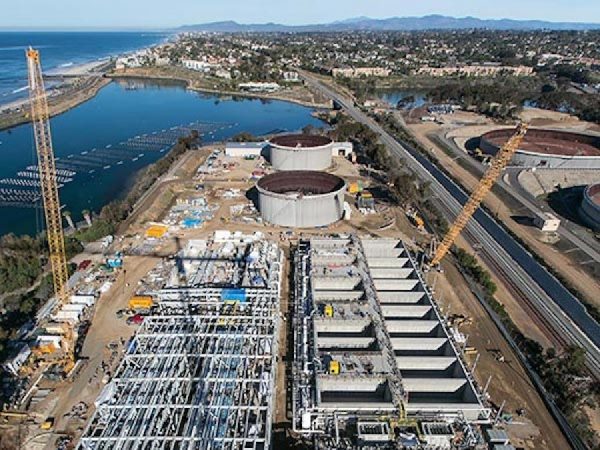 With little rain in sight, alternative water sources, like desalination plants, are being actively explored by the state of California in order to address the drought crisis.

A method which can be used to improve water supply reliability and self-reliance at local and regional levels, desalination is the process of removing dissolved minerals to produce freshwater to be used for municipal needs, like drinking water and for industrial uses. Coastal communities in particular are looking to use such methods now as a means of more reliable supply, acting as buffer.

The State Water Resources Control Board (SWRCB) has stated that for water solutions, like desalination, to be sustainable, they must strike a balance between the need to provide for public health and safety, protect the environment and support a stable economy.

The amendment is intended to provide consistency to the permitting process, throughout the state, and guidance for regional boards evaluating new or expanded facilities. Additionally, the amendment is to address specific implementation, monitoring and reporting objectives and requirements.

But, the amendment also takes into consideration the benefits of desalination, weighing them against the potential harm to marine life as there is the likelihood that some species would die in the construction process of surface and subsurface water intakes.

Desalination facility discharges also have the potential to harm marine life and impair beneficial uses as the process produces reject water, or brine, that contains high concentrations of salts that were removed from the source water. The discharge can be toxic to marine organisms, and if improperly discharged, can accumulate on the seafloor, damaging bottom-dwelling communities, like fish, plants, and algae.

However, the current Ocean Plan to address desalination does not have provisions to address issues stemming from these plants where permitting inconsistencies and uncertainty is likely to arise without it. Further, the Ocean Plan does not address potential impacts to marine life.

The proposed amendment would clarify the State Water Board’s authority over desalination facility intakes and discharges and provide direction to regional water boards regarding the determination required by the California Water Code.

The proposed amendment also includes provisions that promote interagency collaboration for siting, design, and permitting of these facilities. It is also geared toward defining the roles of the State Water Board and Regional Water Boards in regulating such facilities.

In short, the amendment is in effort to provides a consistent statewide approach for minimizing intake and marine life mortality while protecting water quality and related beneficial uses of ocean waters at and near desalination facilities.

There is a board meeting scheduled for May 5 to consider the adoption of this amendment.