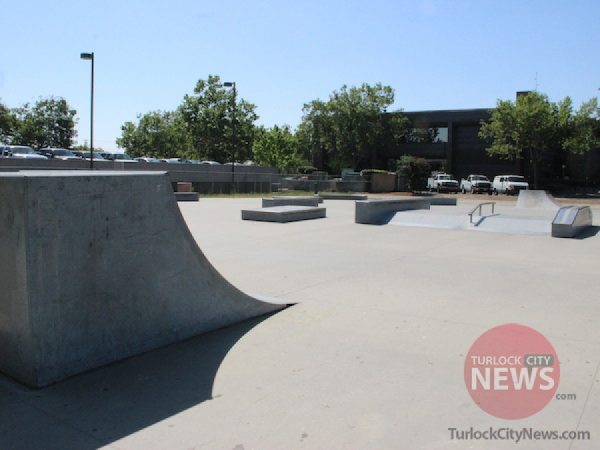 Turlock City Council took the next big step in the relocation of Brandon Koch Memorial Skate Park on Tuesday evening by unanimously approving Wormhoudt Inc. to design the new park.

Wormhoudt, who was deemed the most qualified candidate by staff, has been contracted to design several popular skate parks, including the famous Venice Beach Skate Park.

Per the agreement between the City of Turlock and Wormhoudt, the design firm will be charged with providing professional skate park designs at a cost not to exceed $28,800.

In order to ensure the new park’s design meets the standards of the local skate community, Wormhoudt will also host two public workshops where they will unveil some design ideas and receive public input for the final design. The dates of those meetings have not yet been scheduled, but TurlockCityNews.com will announce those as soon as they are set.

Many locals skaters are excited about the decision to have Wormhoudt design the new park, which will be located at Donnelly Park.

“By going with who you’re going to, you’re ensuring me and all of the other local skaters in the community that we’re going to get something good out of this,” said Wagner. “We’re not going to get a cookie-cutter skate park, like we already have. The pre-fab stuff gets us by, but it ain’t going to create the next Tony Hawk."

Since the opening of Turlock’s skate park in 2004, many have complained about the lack of difficulty and objects at the park. Wagner said that many local skaters will travel hours if a park is good enough.

“A lot of us [local skaters], we travel,” said Wagner. “We’ll drive three, four, five hours just to go skate something worth skating."

Wagner added that he will be attending future workshops to ensure that the new park is up to par.

Construction of the skate park, which will be put out to a bid once designs are complete with the lowest responsible bidder being awarded, is estimated to cost between $220,000 to $270,000.

Wormhoudt will be tasked with designing new elements, as well as incorporating elements from the existing park, including boxes and rails.

Brandon Koch Memorial Skate Park is currently located at 250 Starr Ave., but is moving due to the City of Turlock selling the land it is on — and adjacent parcels — to the Turlock Irrigation District. The property sale was also approved by Turlock City Council at the Tuesday meeting. The new skate park will be built using funds from the sale of property to TID.

If all goes according to plan, the new skate park at Donnelly Park, which will retain the name Brandon Koch Memorial Skate Park, will open in August. The currently skate park will remain open until Aug. 24, which is required per the grant that helped pay for the park in 2004.