$80,000 in Grants Available for Events that Promote Turlock 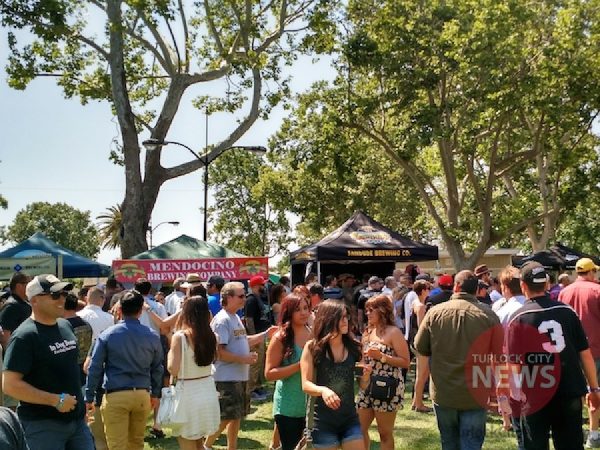 The City of Turlock has made approximately $80,000 available in community grants to help fund local events that promote Turlock for the 2015-16 fiscal year.

The Community Events and Activities Grant Program, which was previously managed by the Turlock Chamber of Commerce through the Convention and Visitors Bureau. When the Chamber of Commerce announced the termination of the CVB contract, many of the services were absorbed into departments within the City of Turlock.

Turlock City Council charged the Parks, Arts and Recreation Commission (PARC) with appropriating community grants in April and PARC will be continue to approve the grants for the next fiscal year. The grants do however have to receive a final approval from City Council.

On April 8, PARC recommended seven grants that were ultimately approved by Turlock City Council in the following amounts: $8,000 for the Fourth of July fireworks celebration at California State University, Stanislaus; $5,000 for the Central Valley Brewfest; $2,500 for Central Valley Vinofest; $3,000 for Fourth of July Downtown Parade; $3,500 for Monster Truck Spring Nationals; $5,000 for Turlock Community Theatre; and $3,000 for Stanislaus County Fair.

However, it wasn’t without debate and confusion that PARC was able to recommend those grants. Commissioners asked where the grant money came from, as well as what criteria events needed to meet to be funded.

Commissioner Brent Bohlender was concerned about the available data in the applications, specifically how events measured the amount of guests that stay in hotels for the events.

“The one thing when I went through was the ambiguity of hotel rooms… There were estimates that ranged from 40 to 80 to 75 to 60, it was just so off and all over the place. Again, I understand ‘estimate,’ but there has to be a way to measure it,” said Bohlender, who suggested hotels ask and report why guests are staying in the hotels.

Hotel guests are important as the community grant fund come from the Transient Occupancy Tax (TOT), which is a tax added to guests in Turlock hotels.

Having gone through the process in April — and some growing pains — there will be some slight changes to the process.

“I would say the most significant change to the process is the scoring sheet that the Commission uses to rate each event and the addition of a Post Event Report, both of which are intended to be used as tools to evaluate the value and positive impact of the events,” said Allison Van Guilder, Director of Parks, Recreation and Public Facilities for the City of Turlock. “I do think this will cause applicants to reflect on their events to make sure they are hitting the identified targets in order to increase their chances of being funded.”

In addition to the new scoring sheet, there is also a revised application that will give greater details on how the funds will be used for the event. A maximum of 10 percent of awarded grant funds will be allowed for use on administration costs.

“While our first experience was a bit challenging, I expect this next round to go much more smoothly now that staff and the Commission have had more time to absorb the process and have a clearer understanding of Council's expectations for the program,” said Van Guilder.

“In general, events/activities should be geared towards bringing visitors to Turlock, increasing the length of our visitors’ stays and having a positive impact on the local business community during their visit,” according to the City of Turlock.

For more information, or to download the Community Events and Activities Grant Program application, visit the City of Turlock website.