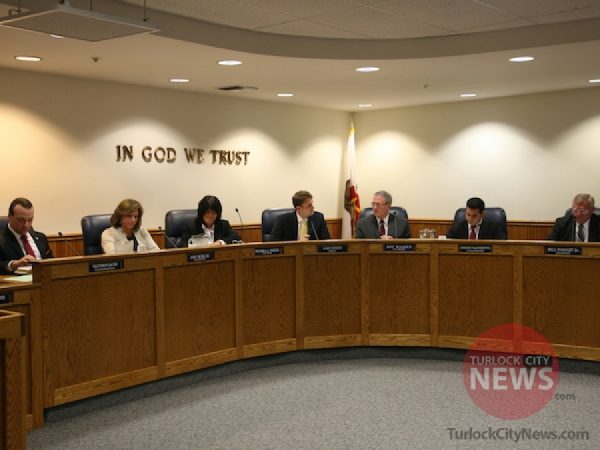 Turlock City Council will have the opportunity to approve large road closures throughout areas of Downtown for a bicycle race on Tuesday evening.

Mitch Boehs, who serves as the race’s director, has requested the City of Turlock close portions of W. Main Street, Market Street, S. Broadway, A Street, B Street, C Street, and S. First Street for a Turlock Criterium bicycle race on Aug. 8.

The streets would be closed from 1 to 10 p.m. on Aug. 8, with limited access and parking for businesses in the area during the USA Cycling sanctioned event.

According to the proposal from Boehs to the City, there would be several races throughout the day, with each race being approximately seven-tenths of a mile and riders doing multiple laps.

Boehs expects somewhere between 300 to 500 racers and said these events attract 5,000 spectators, which he believes is doable if a proposed beer fest can be a part of the race.

While the Council has previously delegated residential street closures, such as block parties, to the City Manager and City Engineer, there is no such designation for commercial and industrial areas, thus the race requires Council approval.

On April 28, the applicant met with several City of Turlock staff members, who suggested alternate dates and times that could be less impactful to business during the busy Saturday, as well as alternate route suggestions that would benefit local businesses and residents. Despite the suggestions, the applicant maintained desire for the proposed route, date, and times.

Both the applicant and City of Turlock notified business owners who may be affected by the race, with all notices mailed to all properties located within 1,000 feet of the proposed route.

In addition, as a condition of the permit, the City is requiring the applicant provide written notice to all directly affected property owners — defined as those that have a property edge along a portion of the closed route. The noticed will provide more details to the event, including access restrictions, and must be mailed 10 to 15 days before the event date.

Many property owners in the area of the proposed Turlock Criterium have expressed concerns with the City of Turlock and have suggested other dates and routes. Businesses that have signed a letter expressing concern to the City Council include Vintage Lounge & Piano Bar, Angel’s Boutique, Turlock Flower Shop, It’ll Grow Back Barbershop, Memo’s Cocina, Barber Lounge, and Red Brick Bar & Grill, among others.

“For many downtown businesses, Saturdays are the busiest day of the week, and the proposed nine hour span of this race would impede on parking slots for customers and access to businesses,” reads the letter sent to City Council.

Despite the concerns, City of Turlock staff is still prepared to approve the special event if the applicant meets certain conditions, including paying the costs incurred by the City in regards to traffic control equipment rental, City staff set up time, and police officer enforcement, as well as providing proof of a $1 million general liability insurance policy.