City of Turlock Could Raise Garbage Rates, Property Owners to be Notified with Option to Protest 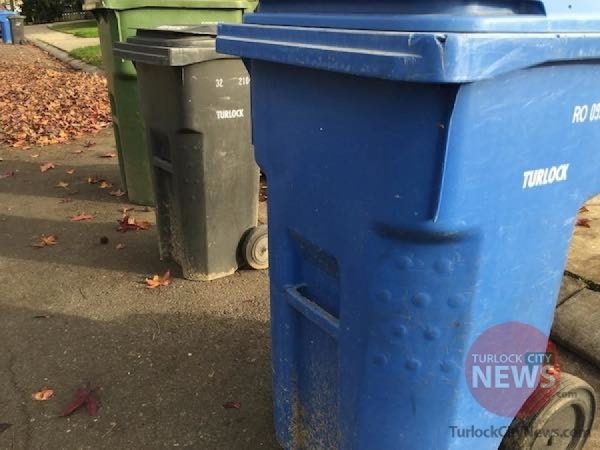 The Turlock City Council unanimously approved to move forward with the first step in what could mean slight increases in garbage collection costs in the City of Turlock.

Turlock Scavenger has requested the fee hike, which will be just over 9 percent for the average residential customer, to help make up additional costs the company has incurred recently.

Currently, solid waste users pay $25.10, $33.10, and $38.10 per month, respectively, depending on the service. This would be a one-time increase for residential customers and would be set for the next five years.

“Turlock Scavenger is proposing a one-time rate increase for the next five years, rather than a series of five small rate increases over the five years,” said City of Turlock Municipal Services Director Michael Cooke.

Council’s decision on Tuesday begins the notification process required under Proposition 218. All affected property owners will receive a ballot in the mail and will be given the opportunity to voice their concerns with the rate increase.

On Oct. 13, a public hearing will be hosted by Turlock City Council to count the ballots and vote on the rate hike. If the majority protest is not reached, Council will vote to either approve to deny the rate hike.

If approved, the rate increase would be the first for trash collection since 2003.

“The last rate increase for Turlock Scavenger was in 2003, so almost 12 years ago,” said Cooke.

Despite being standard protocol with rate increases in the City of Turlock, Councilmember Bill DeHart was concerned that too little is required under Proposition 218 to be fair to local residents.

Under Proposition 218, affected property owners must vote against the rate increase to have any impact on the decision.

“I’d like to see us somehow reinforce our efforts to ensure our populous are not just informed, but that they understand completely the ramifications of not responding,” said DeHart. “Silence in this particular case is consent.”

TurlockCityNews.com will announce when the trash collection rate increase ballots begin arriving and give further information on how residents can protest, if they so choose.