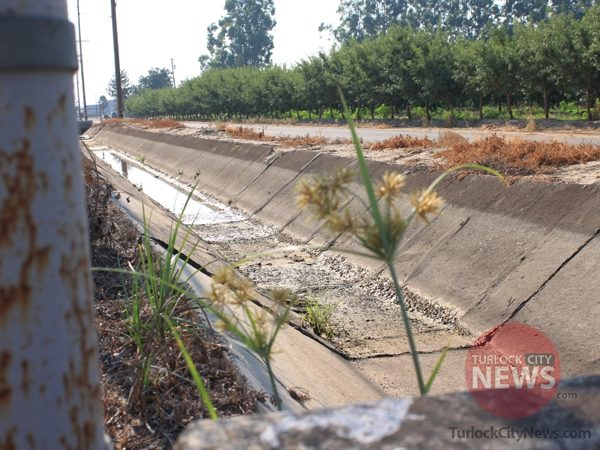 “I’m hopeful the bill we’re introducing today will serve as a template for the kinds of short-term and long-term solutions California needs to address this devastating drought,” said Feinstein.

The legislation, which has a focus on compliance with the existing Endangered Species Act and Clean Water Act, has some of the provisions that originated in the largely-Republican House drought bill which seeks to address the drought with short and long-term provisions.

In Feinstein’s bill, there is a new USDA program to help stabilize water supplies for rural and disadvantaged communities with fewer than 10,000 residents, with hundreds of millions of dollars allocated throughout the bill for things like federal assistance for desalination projects; there are provisions for research, water recycling and storage projects, grants and initiatives.

In terms of environmental protections, $20 million is allocated to begin the implementation of NMFS’ Endangered Species Act recovery plan for habitat and flow restoration throughout the Sacramento and San Joaquin basins, $3 million to trap and barge fish to reduce mortality rates on migration through the Delta, and nearly $20 million between creating spawning habitats, scientific water management and restoration of wildlife refuges.

The bill also includes a provision to allow limited Delta water transfers in April and May so communities and farms can make up for reduced deliveries. Notably, there is a provision to allow for transfers to occur under certain circumstances at a 1:1 ratio should it avoid adverse effects on endangered species not considered by the biological opinions.

Set to proceed in Fall, after Congress’s August Recess, a public committee hearing is expected to be held. Feinstein anticipates that California-specific language will be folded into a broader Western drought bill that is currently in the Energy Committee.

“I think the bill we’re introducing today can achieve broad congressional and public support and will be a great help to California,” said Feinstein.

Feinstein stated that the bill would take further public feedback into consideration, but explained that a warming climate adds difficulty to the legislation. She noted that there has been staff involvement with nearly 50 water agencies, and federal agencies to ensure that the bill adheres to existing environmental protection laws.

Boxer, a sponsor of two other drought related bills, expressed hope for the legislation.

“I am pleased to be sponsoring Senator Feinstein’s new water bill, which addresses California’s devastating drought in a multi-faceted way…I hope we can advance the best of these measures to help alleviate the pain being felt across California,” said Boxer.