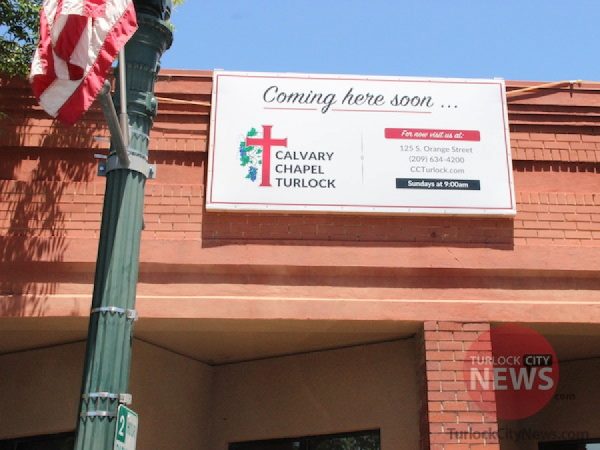 The Turlock Planning Commission approved the request to convert Two Guys Catering and Red Brick Bar & Grill into a church at its Aug. 6 Commission meeting.

The permit will allow Calvary Chapel of Turlock to have the project finished within five years, which is different form the standard one year deadline. And if not finished within the time given, the applicant will then need to reapply.

Until the church is fully developed, the current Conditional Use Permit will allow both Red Brick and the church to operate.

In September of 2004, the Planning Commission approved a Conditional Use Permit for Two Guys Catering, which allowed the operation of a roughly 9,500 square-foot banquet hall and conference. At the time, the parking location for the business was Downtown Core, so no additional parking was required.

In 2007, the Conditional Use Permit was amended to permit the conversion of the approximately 4,700 square-foot parking lot on the south-end of the building to an outdoor event facility, which then eliminated the 23-car parking lot.

This venue would hold events such as weddings, private parties, and events hosted by Two Guys Catering. The staff report did not alter the assumption with parking demand, stating that the proposed use generated the need for 40 parking spaces during the week.

The main concern with the approved permit was the impact that the church could have on parking in Downtown Turlock.

Commissioner Victor Pedroza was concerned that the church could grow beyond the 360 person max the staff report detailed, but Jim Shaw, architect for the applicant, assured that the growth would be a “blessing.”

The representative reassured the commissioner that at the moment there are not more than 360 committed members of the church, so that is not an issue. If the church were to be blessed with more than 360 members, they would have to search for another venue to have multiple services.

According to the staff report, at its peak, the church would need 120 parking spaces to accommodate churchgoers — based on the average of three people per vehicle.

Commissioner Elvis Dias was concerned with parking as well, specifically with Harvest Christian Center possibly competing with spaces, as it is located only a block away. However, staff said Harvest has two private parking lots, so it wouldn’t impact the Calvary Chapel.

With Red Brick's current lease set to expire in five years, there is no timetable on when the church, which will operate within the adjacent building, would use the entire location.