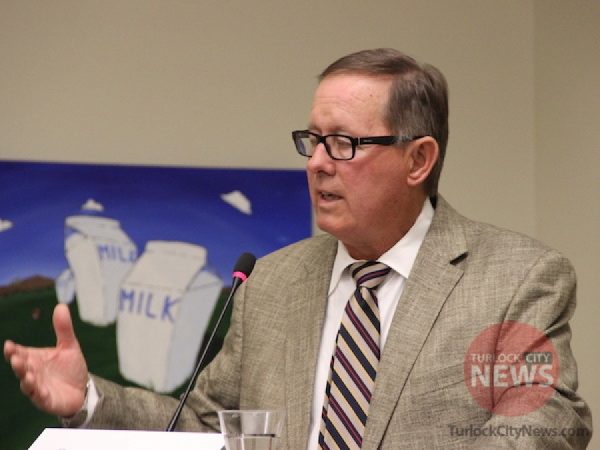 Turlock’s representative in the California State Senate, Senator Tom Berryhill (R-Twain Harte), recently requested that Governor Jerry Brown and the California Office of Emergency Services Director, Mark Ghilarducci, declare a State of Emergency over the threat presented by the increasing number of dead and dying trees in rural areas.

The problem is rooted in the fact that these dead and dying trees, a result of the drought which lends trees to Bark Beetle infestation, many areas are increasingly prone to wildfires, a threat that should be avoided at all costs considering the obvious lack of water.

Berryhill stated that the situation threatens California’s ability to conserve water, along with jeopardizing air quality and carbon reduction.

While the Governor’s office has recognized the drought as contributing to wildfire danger, the administration has only recently begun to acknowledge the implications of tree mortality, which cannot necessarily be properly addressed at a local level because of the vastness of the issue.

According to a United States Forest Service survey of about 3.6 million acres of land covering the lower western foothills of the central and southern Sierra, from the Sacramento area south to Visalia, approximately, there were over 6 million dead trees throughout 526,000 acres. The problem has become alarming in many areas, like Mariposa County, where more than half of all trees are either dead or decayed; the numbers are expected to increase to about 74 percent this year.

Even if California experiences normal or higher-than-normal levels of precipitation this winter, the disaster would continue due to the high number of dead trees that would fall. Falling trees pose a problem for power lines and a public safety risk to communities and people who visit California’s forests.

County Boards of Supervisors in Mariposa, Madera, Tuolumne and Fresno have all issued resolutions stating that the levels of tree mortality have “created extraordinary threats to public safety,” and “exceeds their functional capabilities” [to solve the issue].

While water conservation measures have been taken, and water use has been reduced across the state per the Governor’s mandatory 25 percent conservation mandate, there is still not enough water to cope with the widespread threat of wildfires.

Berryhill has called for California to recognize the situation as a “disaster” in order to bring awareness to the issue, and to elicit state and federal resources to affected areas in order to minimize the risks posed by the.

“The risk to our treasured state and national parks is too great to delay action any longer,” Berryhill stated in a letter to Governor Brown regarding the issue.