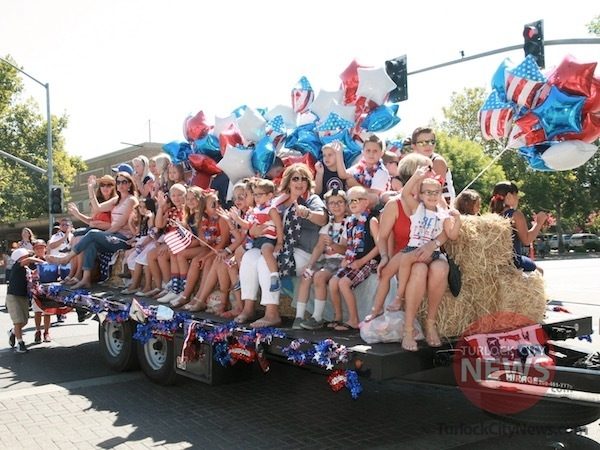 The 4th of July in Turlock is always something to celebrate with a thrilling annual parade that attracts thousands and a stellar fireworks show that closes out the night.

At the head of the parade will be Wardee “Gunner” Bruce, a retired Naval officer serving as the Grand Marshal. This parade’s theme celebrates veterans and will carry the theme of Honor. Courage. Sacrifice. Bruce was determine to be a perfect fit due to his dedication to veteran communities and his 30 years of service in the Navy.

Kids will also have a special zone of their own this year with free face painting, balloon twisting, dance lessons, henna tattoos, and meet and greets with Anna and Elsa from Frozen and Batman and Spiderman.

In addition to vendors, downtown businesses will be taking part in the fun as well with restaurant specials ranging from breakfast burritos to tri tip sandwiches and hotdogs.

The 4th of July Parade takes place on Jul. 4 at 10 a.m. and the Stanislaus State fireworks show will take place at 9 p.m. with additional event taking place prior to the event from 7 p.m. to 9 p.m.