Arrests Made in Donnelly Park Robberies 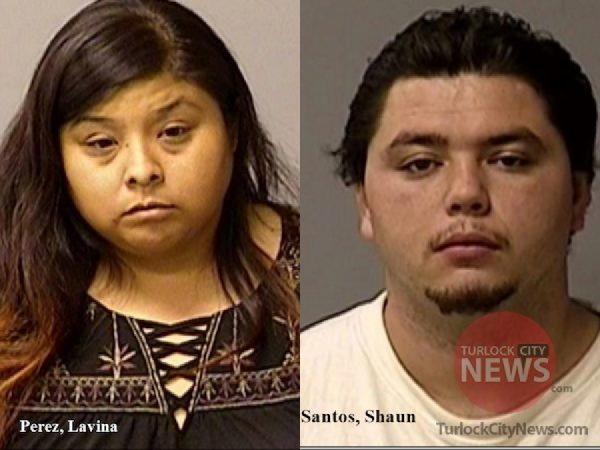 On Tuesday, the Turlock Police Department informed the community that it was investigating a series of robberies which have taken place at Donnelly Park over the last three weeks. On Wednesday, TPD announced that it had arrested four suspects.

There have been three separate robbery cases, all of them having similar characteristics. The robberies have occurred on different days of the week, but all of them have happened between 5:30 p.m. and 6 p.m.

“As each incident has unfolded, the suspects have become increasingly more violent towards their victims,” stated Sergeant Russell Holeman.

On Monday, Dec. 4, at approximately 6 p.m., Turlock Police Officers responded to the report of a robbery which had just occurred in the western parking lot of Donnelly Park. Upon arrival, officers located an adult male victim who had suffered life threatening injuries after being assaulted with an unknown weapon.

The victim was transported to an area hospital for treatment.

Investigators were able to identify the suspect vehicle, a white 2004 Kia Sedona with Nevada license plates, after reviewing surveillance video from an area business.

Using this information, Turlock Police Detectives, working in conjunction with Manteca Police Department, were able to locate the suspect vehicle in the City of Manteca. With the assistance of the California Highway Patrol and the San Joaquin County Sheriff’s Department, Detectives were able to stop the suspect vehicle and its occupants in the City of Stockton.

“I am very proud of our Investigations Unit as they worked non-stop, following every lead for the last 24 hours. Their dedication to getting the job done resulted in the quick apprehension of these criminals,” said Turlock Police Chief Nino Amirfar. “We should all be proud of the combined efforts of not only your police department personnel, but also our partnering law enforcement organizations who assisted with this case.”

“The men and women of the Turlock Police Department will continue to work tirelessly to ensure our community is provided with the best police services possible. I am blessed and proud to be a part of this dedicated and noble organization.”

The Turlock Police Department is asking that anyone who may have witnessed these robberies occurring, or who may have seen the suspect vehicle at Donnelly Park around the time of these incidents to call Detective Frank Navarro (209) 664-7319.

The Turlock Police Department is an active participant in the Crime Stoppers Program. Callers can leave an anonymous tip by calling Crime Stoppers at (209) 521-4636 and may be eligible for a cash reward.