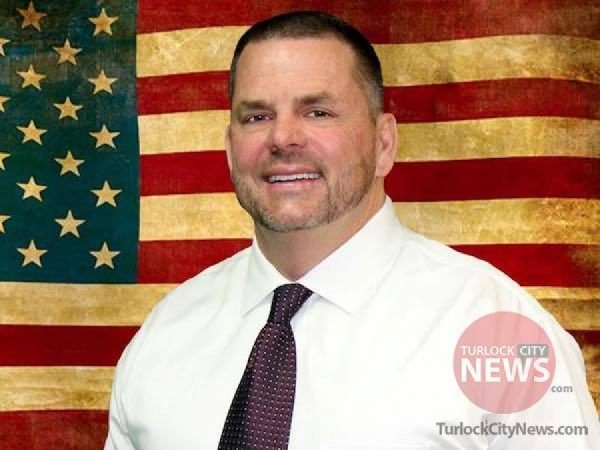 The former Turlock City Council Member, who found $5,000,000 in budget accounts not identified by City Staff during the Great Recession and led the development of an industrial park with high-paying jobs, is running for Congress. That's right, Ted Howze is coming back into politics and to serve Turlock once again.

As a former top vote-getting Turlock City Councilman, who served from 2006 through 2010, Howze proved to be a budget guru while helping to save Turlock during the Great Recession.

Howze has a long history of community involvement in Turlock, Stanislaus County, and the surrounding region. Howze has worked as a large animal veterinarian involved primarily in the local dairy industry for the past 24 years, served two terms on the City of Turlock Planning Commission, and one term as a Turlock City Council Member – where as Vice Mayor he represented Turlock on the Stanislaus County Council of Governments.

Howze is often credited by those who have worked with him as being the masterful architect of Turlock's budgets during one of America’s greatest economic disasters in 2006-2010. During that time he found millions of dollars that he claimed were being fraudulently hidden in abandoned unemployment and disability insurance accounts, money that was being used to secretly cover up a sinking City employee health insurance plan which was subsequently righted. City Management claimed that they were just following protocol and keeping the money there conservatively, despite the City holding budget workshops and major job/expenditure cuts were being made to survive the recession.

The former Councilman also prioritized public safety, truly and financially, as he developed a sustainable funding plan which expanded the number of Turlock's Police and Fire personnel.

Howze is most notably remembered for accurately predicting more than a year in advance that Governor Jerry Brown would move to confiscate all Redevelopment Agency funding from California's cities. While some said it would never happen, Howze forged ahead with two Republican Council colleagues and developed a project plan which amplified $20 million dollars in redevelopment funding into over $60 million dollars of funding for local projects – from the new Public Safety Facility to rebuilding the burned down Carnegie Arts Center.

The crown jewel in Howze's plan that he feels still has the most potential to benefit the Turlock community and Stanislaus region, the project he personally championed as critical to the region, was the Turlock Regional Industrial Park (previously known as the Westside Industrial Specific Plan). The industrial development and job creation initiative took off after the investment of more than $14 million dollars of redevelopment funding poured into the construction of the water and sewer infrastructure to make the region’s prime “shovel ready” industrial park. That project alone has created hundreds of new high-paying jobs to Turlock and the surrounding communities by employers like Blue Diamond Growers, Valley Milk, and Hilmar Cheese.

Howze has returned to politics in 2018 after a long hiatus following the untimely death of his first wife Sharon in 2013. Now happily re-married and with all three of his sons off to college, Howze said, "The timing just seemed right in light of the dysfunction in Washington D.C."

Asked about running against incumbent Congressman Jeff Denham, a fellow Republican whom he once supported, Howze said, "I harbor no ill will against Jeff, we just disagree on the way an elected official should represent their constituents.”

During the campaign, Howze said that he would be communicating with the constituents as much as possible by answering questions and addressing comments on Facebook, while also using Instagram and Twitter. Knowing TurlockCityNews.com's agenda of improved communication, Howze challenged us to follow up and see if he engages with people on Facebook – because he does what he says. He also asked us to note if anyone else works as hard to answer questions and communicate with constituents on the popular social media.

“Jeff, his staff and his millions of dollars campaign team can’t or won’t communicate and answer questions from his constituency, but I will.”

If elected, Howze promised to be personally in attendance for several annual town hall style meetings plus hold more significant office hours around the District. California's 10th Congressional District is made up of Stanislaus County and the San Joaquin County cities of Ripon, Manteca, and Tracy.

With a crowded Democratic field that will include 7 other candidates on the ballot, what would separate Howze from them?

"I really don’t feel their message of socialism and the higher taxes that goes with it plays well in an economic region where we all work very hard for our crumbs.”

TurlockCityNews.com will have more background information on Ted Howze as we covered the very difficult era of the Great Recession and how he led our City and community through that with time with great budget analysis, more communication than any elected official to date, and action not empty words.