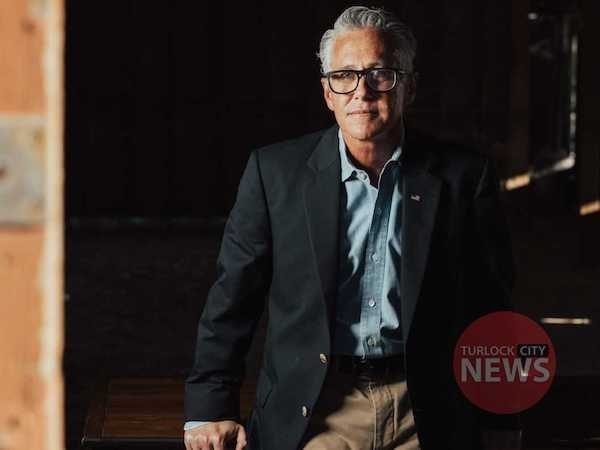 San Francisco is on the hook for half of our 40% unimpaired flows.

The California State Water Resource Control Board (State Water Board) recently released their final Substitute Environmental Document (SED), which requires the people of the Turlock and Modesto Irrigation Districts (TID, MID) to release an additional 40% unimpaired Tuolumne River water between February and June into the Bay-Delta. That means allowing on average over 500,000 acre-feet of water to flow naturally down the river into the ocean without being stored in a reservoir or diverted for irrigation or drinking water. To put that number in perspective, that amount of water is about equal to the surface water provided to all TID farms in a good hydrology year.

Why is the State Water Board doing this?

Now I know that the State Water Board will say the 40% unimpaired flows is all about saving the salmon and not about the Twin Tunnels.

If that were true they would say what the end goal looks like (they can’t), they wouldn’t negotiate separately between the Sacramento and San Joaquin Rivers stakeholders for different flow rates (they are), and they wouldn’t ignore scientific studies that say the 40% flow rate won’t help the salmon (they ignore it).

Because when you look at the bottom line, it’s all about the Twin Tunnels.

This 40% unimpaired flow requirement is on top of our 1996 agreement with the Federal Energy Regulatory Commission (FERC) for river releases for salmon restoration, which amount to up to 14% unimpaired flow or on average 300,000 acre-feet per year. In the 1996 agreement our Tuolumne River management partner, the City and County of San Francisco (CCSF), agreed to pay the Turlock and Modesto Irrigation Districts for San Francisco’s portion of Tuolumne River water release requirements.

This was important to San Francisco because they would not give up one drop of the municipal, industrial, or commercial water that they pull from the Tuolumne River at Hetch Hetchy. Instead they chose to exchange their required fish water allotment for cash, and let the districts bear the brunt of less water for their customers.

I will not let this happen again.

When the New Don Pedro was built in 1971, CCSF helped pay for 51% of the dam’s construction cost. For this investment San Francisco received 51% of the available water (570,000 acre-feet) in a “virtual reservoir” in New Don Pedro; we call it a water bank. This means that San Francisco can operate their water storage system higher up the Tuolumne River (the reservoirs at Hetch Hetchy, Cherry Lake, and Lake Eleanor) “as if” they had an additional reservoir with the capacity of 570,000 acre feet.

If the SED is going to require that an additional 40% of Tuolumne River water flow into the Bay-Delta, then San Francisco is on the hook for 51% of this “block of water.”

It is not right to expect TID and MID farmers and ratepayers to once again reduce their water usage while San Francisco does not.

In this new era of climate change, Don Pedro Reservoir will be empty much more often than in the past, and with an additional 40% unimpaired flow requirement, when Don Pedro is empty, TID farmers will get no surface water in order to farm. However, the impact will be mitigated if a portion of the flow comes from San Francisco’s block of water.

For the past 20 years our farmers have employed water conservation methods to meet the challenges of dry years and FERC flow requirements. Likewise, CCSF can use conservation methods to mitigate their loss of water in helping reduce the salinity of the Bay-Delta. In fact, they could even do more by sending their water all the way down the Tuolumne River and into the Delta instead of bypassing the natural river through a series of tunnels 167 miles long that pull water directly from Hetch Hetchy.

San Francisco, we do not want your money – we need half of the water demanded.

Dr. Rob Santos, DVM is a practicing veterinarian and managing partner at Monte Vista Small Animal Hospital, Community Veterinary Clinic, and Family Pet Mortuary while representing Division 4 as a Board Director of the Turlock Irrigation District since 2007. Dr. Santos is currently the Vice President of the TID Board.