Four Suffer Injuries After Being Involved in Vehicle Collision 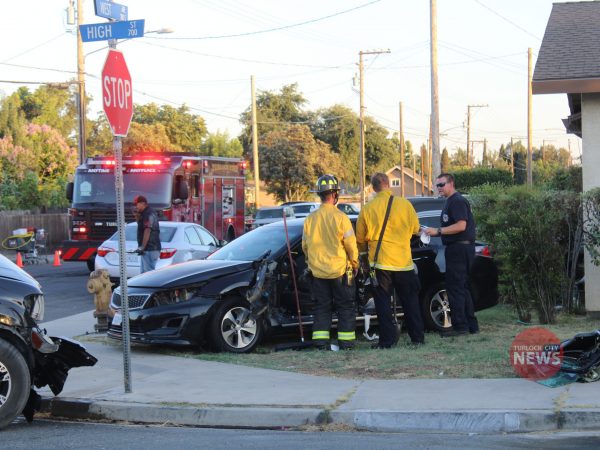 At about 7:03 pm Sunday evening, the Turlock Police Department, Turlock Fire Department, and American Medical Response were dispatched to a reported vehicle collision with injuries at West Avenue South and High Street.

When crews arrived on scene, they located two vehicles involved. One was a sedan and the other was a pickup truck. There were a total of four patients, all of whom suffered minor injuries. One of the patients was stuck and had to be extricated. At least two patients were ground transported to a local hospital.