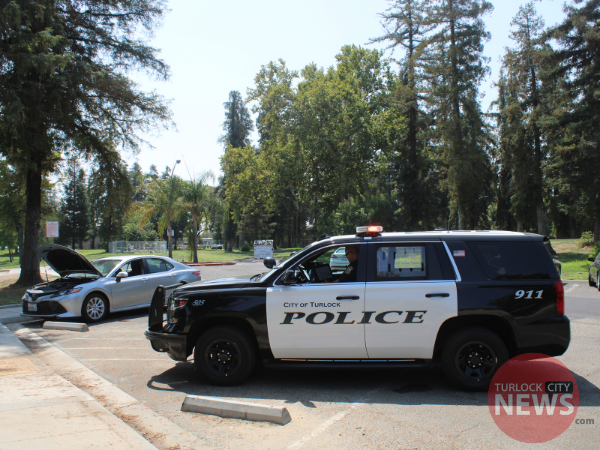 Elderly Man’s Vehicle and Afghan Refugee’s Phone Stolen by Same Person. At about 12:45 pm Monday afternoon, the Turlock Police Department was dispatched to an auto theft that had just occurred at My Garden Cafe, 1501 Geer Road, Turlock.

When officers arrived on scene, they met with the victim, who was an elderly man, and he reported that his silver Toyota sedan was stolen from the parking lot by unknown means.

While officers were investigating the auto theft, they received another call reporting a petty theft that had just occurred at Donnelly Park, 600 Pedras Road, Turlock.

Officers responded there and made contact with the victim, who pointed out a man, later identified as Jovantae Nickens, 24, of Pomona, and told them that he had stolen his phone.

When Nickens noticed officers approaching him, he began to flee on foot, however, he was quickly captured. Nickens was arrested and booked into the Stanislaus County Public Safety Center on charges of vehicle theft, theft from the elderly in excess of $400, and resisting a peace officer.

Both victims had their property returned.

The man whose phone was stolen was a refugee who fled from Afghanistan the day before the Taliban took over. He was very thankful of the Turlock Police Department and how they were able to get his phone back. “In my country, maybe I would have seen my phone in ten days. Here, in ten minutes.”, he told CentralValleyTV.