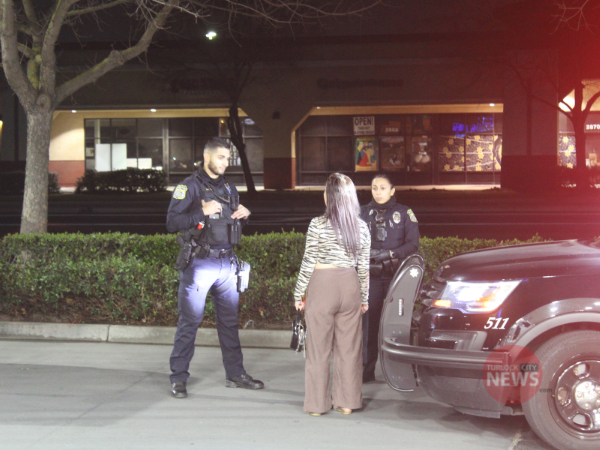 At about 1:54 am Saturday morning, a Turlock Police officer near Pop N Cork, 1190 East Avenue, Turlock, observed a vehicle violate the California Vehicle Code, so he made a traffic stop on it.

The officer made contact with the vehicle’s driver, Ossiel Gonzalez, 28, of Turlock, and noticed he was exhibiting signs of intoxication.

Ossiel was arrested and booked into the Stanislaus County Public Safety Center on charges of driving while intoxicated.

Later that morning, at about 2:50 am, the Turlock Police Department was dispatched to a reported dangerous driver at Chevron ExtraMile, 2725 West Monte Vista Avenue, after a female who smelt heavily of alcohol had been seen in the parking lot stumbling, getting into a vehicle, and driving it.

When officers arrived on scene, they found the female, whose identity is currently unknown, in the vehicle with its engine running parked in front of the air pump. Officers made contact with her and immediately noticed signs of intoxication.

Officers had the subject exit her vehicle and they asked her to participate in standardized field sobriety tests, which she refused. They also asked her to blow into a preliminary alcohol screening, which she also refused.

The subject was arrested and booked into the Stanislaus County Public Safety Center on charges of driving while intoxicated.