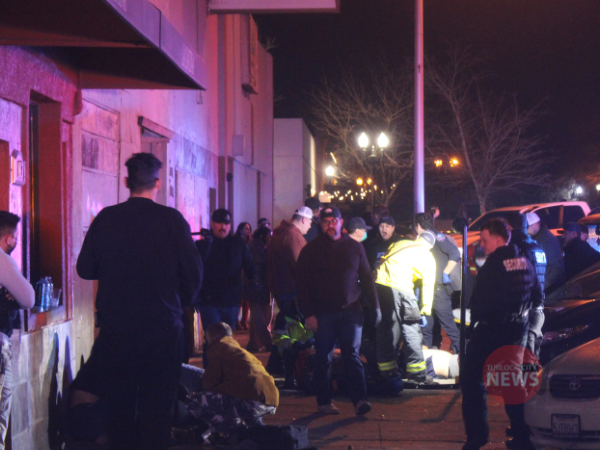 At about 2:01 Saturday morning, a Turlock Police officer near La Cantina, 142 South First Street, Turlock, heard sounds of several gunshots coming from the area of the bar. A few seconds later, calls began pouring into dispatch reporting that several people had been shot outside the bar.

Officers arrived on scene in less than a minute and found seven victims at the scene, with injuries ranging from graze wounds to through and through gunshot wounds. The Turlock Fire Department, American Medical Response, and Patterson District Ambulance were all dispatched, and officers provided care to the victims until they could arrive. The Stanislaus State Police Department and Stanislaus County Sheriff’s Office also responded to the scene to provide extra manpower.

Seven victims later arrived at local hospitals, whether by ambulance or self transport. All of their injuries were determined to be non-life threatening.

Detectives responded to the scene to collect evidence and conduct interviews of witnesses.

After the shooting, the suspect got into a white newer model year Mercedes-Benz sedan and fled at high rates of speed northbound on South First Street, eastbound on West Main Street, and then southbound on South Golden State Boulevard.

The suspect is described as a heavy-set Hispanic male in his late twenties with a unique hairstyle that had the sides of his head shaved and the rest in aponytail. He was last seen wearing a white sweatshirt and blue jeans.

“Our thoughts and prayers are with the victims of the injured in this senseless shooting,” said Turlock Police Chief Jason Hedden. “We understand the concerns of our residents and our team continues to work hard to provide for a safer Turlock.”

Detectives and patrol officers are continuing to work diligently to close this case out with an arrest.