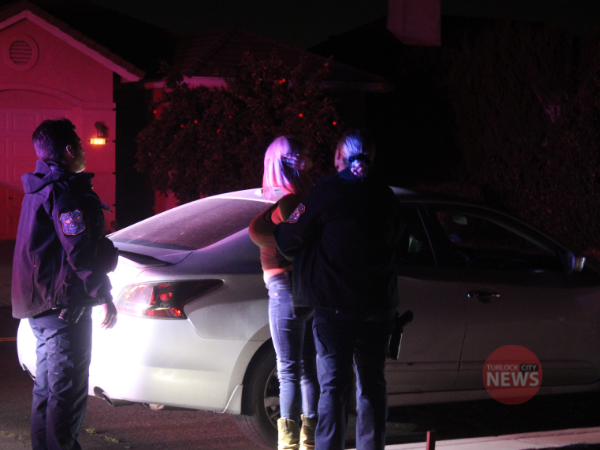 At about 9:34 pm Friday night, a Turlock Police officer near the intersection of Colorado Avenue and Potomac Drive, Turlock, observed a driver strike a curb with her vehicle, so she made a traffic stop on her.

The officer made contact with the driver, identified as Christianne Smith, 39, of Turlock, and noticed that she was exhibiting symptoms of being intoxicated.

The officer had Smith exit her vehicle and asked her to participate in standardized field sobriety tests, but Smith refused.

The officer informed Smith that she was under arrest and she began to passively resist while being handcuffed.

Additional officers began arriving on scene, including a sergeant with a “The WRAP” restraint device. “The WRAP” is made by Safe Restraints, Inc. and is designed to stop conflicts, achieve fast de-escalation, and provide rapid recovery for both the suspect and officers. It restrains the suspect comfortably in an upright and seated position but immobilizes them to prevent them from injuring themselves or officers, minimizing risks for all involved.

While officers were applying a “The WRAP” device on Smith, she continued resisting, making statements that she would bite officers and doing just that, while screaming at the top of her lungs that they were sending her to be raped and that they should not have been doing this to her because she was a white girl, a police supporter, and that she had previously dated an officer.

Smith was eventually finally subdued and placed in the back of a police vehicle.

Smith was booked into the Stanislaus County Public Safety Center on charges of driving while intoxicated and resisting an executive officer with violence.