Woman Shot Dead by Her Stalker 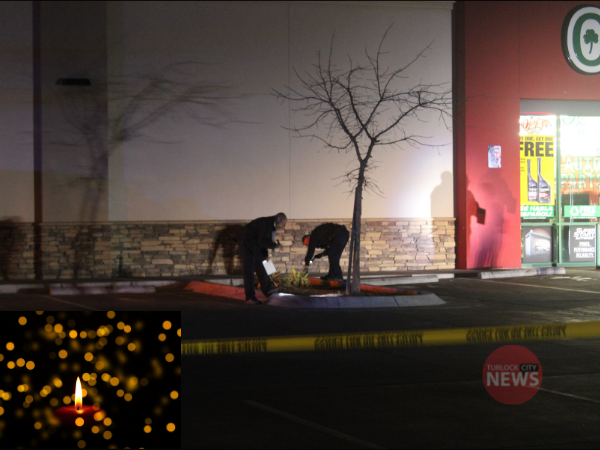 At about 9:00 pm Tuesday night, the Turlock Police Department, Turlock Fire Department, and American Medical Response were dispatched to a reported aggravated assault that had just occurred at O’Rielly Auto Parts, 1144 Geer Road, Turlock, where a female had been shot.

An officer arrived on scene in less than a minute to find a 22-year old female down in the parking lot bleeding out. Witnesses pointed out the suspect vehicle, a gold Honda sedan, heading eastbound on Wayside Drive. The officer saw the vehicle as it turned southbound on North Olive Avenue and made the decision to chase it because a bystander had already started CPR on the victim.

The officer was able to catch up to the suspect vehicle as it turned eastbound onto East Canal Drive from North Olive Avenue. A pursuit ensued and the suspect vehicle fled eastbound onto East Main Street from East Canal Drive, continuing onto Arbor Way before crashing into a yard and fence of a residence on North Quincy Road at the end of Arbor Way.

The suspect then leg bailed from the vehicle and fled eastbound through the yards of residences as officers set up a perimeter.

Meanwhile at the scene, crews began arriving on scene and took over CPR on the victim from the bystander who was providing it. The victim was ground transported by American Medical Response to a local hospital where she succumbed to her injuries.

Detectives and members of the Major Accident Investigation Team responded to the scene to begin processing it, collecting evidence, measurements, and other relevant information.

At the perimeter, the Modesto Police Department responded with a drone in an effort to try to locate the suspect. The drone yielded no results and the perimeter was broken down after its batteries died.

A few minutes after the perimeter was broken down, a resident from the 1200 block of Estates Drive called police to report that a subject had just ran through their yard. Officers responded to the area and the original officer who was involved in the pursuit came across the suspect. The officer held the suspect at gunpoint and ordered that he surrender, which he did. He was taken into custody without further incident.

The firearm used to commit the homicide was recovered at the crash site on North Quincy Road.

“Our hearts go out to the victim’s family, and we hope the arrest of the suspect brings some sense of closure as they mourn the loss of Zoe,” said Officer Gina Giovacchini.