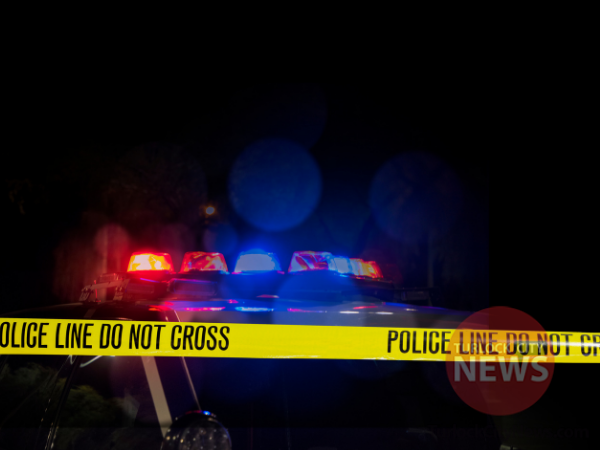 At about 2:22 am Friday morning, a Turlock Police officer near the intersection of West Main Street and North Broadway, Turlock, observed a white Dodge sedan swerve while passing him. The officer made a u-turn on the vehicle and attempted to catch up to it to make a traffic stop on it, when it began making several quick turns, losing traction and speeding off northbound on North Broadway. The officer eventually caught up with it and attempted to make a traffic stop on it, but it took off and a pursuit ensued.

The pursuit lasted for about two miles in town before hopping onto northbound State Route 99 from West Main Street. On the freeway, the vehicle accelerated to speeds in excess of one hundred twenty miles per hour.

Other officers began arriving at the off-ramp to assist the officer who had been in a collision, not realizing that the suspect had also been involved in one on the on-ramp until a witness told them.

Officers began searching the area for the suspect, when an observant officer noticed someone lying down in a nearby field. That subject was taken into custody without further incident and identified as Marcus Yussuf Anigilaje, 42, of Oakland. Officers were able to confirm that was who was driving the pursuit vehicle.

A search of the pursuit vehicle led to the discovery of a firearm, a separate fully loaded magazine, and some burglary tools.

Anigilaje was booked into the Stanislaus County Public Safety Center on charges of flight from a peace officer with disregard to public safety, possession of a firearm by a convicted felon or person addicted to a narcotic, possession of burglary tools, and altering or forging vehicle registration.

The officer involved in the collision was identified as Officer Salvador De La Cruz. He was not injured and neither was Anigilaje when he was involved in his separate collision.

Both De La Cruz’s vehicle and Anigilaje’s vehicle were towed away from the scene with an unknown extent of damage.