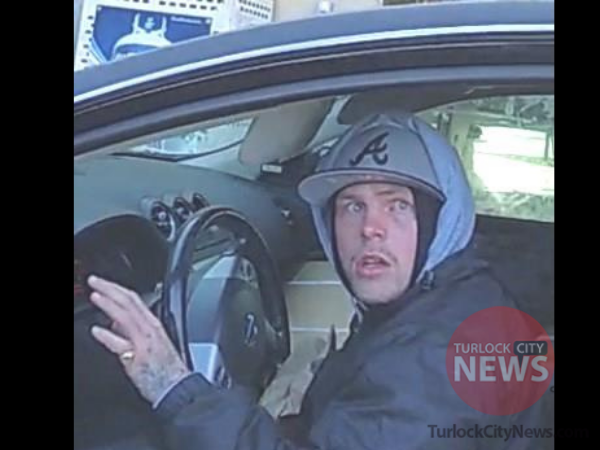 At about 10:27 pm Friday night, the Turlock Police Department came out with an update regarding the aggravated assault against an officer and high speed wrong-way pursuit that had occurred on Tuesday, May 10th, 2022, at 76 DoubleTime, 101 North Tully Road, Turlock.

During the service of that warrant, what was believed to be an improvised explosive device (IED) was located inside the passenger compartment of the vehicle, which prompted a partial evacuation of the building.

The Stanislaus County Sheriff’s Office’s Bomb Squad responded to remove and secure the suspected IED from the vehicle. It was later analyzed and confirmed to be an explosive.

The Turlock Police Department also announced that their suspect, identified as Jonathan Alan Lewis, 23, of Turlock, had been arrested by the Solano County Sheriff’s Office earlier in the day following another pursuit which ended with a vehicle collision.

Following Lewis’ arrest, the Turlock Police Department obtained and served a search warrant at his place of residence at Parkside Apartments, 920 Pedras Road with the assistance of the Stanislaus County Sheriff’s Office Bomb Squad and the Bureau of Alcohol, Tobacco, Firearms, and Explosives.

The service of that warrant led to the discovery of additional evidence from Lewis’ crime spree.

Lewis was booked into the Solano County Jail on several felony and misdemeanor charges. After he faces his time for those charges, he will be brought back to the Stanislaus County and booked into the Stanislaus County Public Safety Center on charges of assault with a deadly weapon other than a firearm against a peace officer, hit and run with property damage, flight from a peace officer with disregard to public safety, resisting a peace officer, and possession of a destructive or explosive device.

“In an effort to maintain the safety of the community and within a short window of time, the collaboration of multiple law enforcement agencies working together made it possible to bring this dangerous situation to a safe conclusion,” said Officer Richard Fortado.