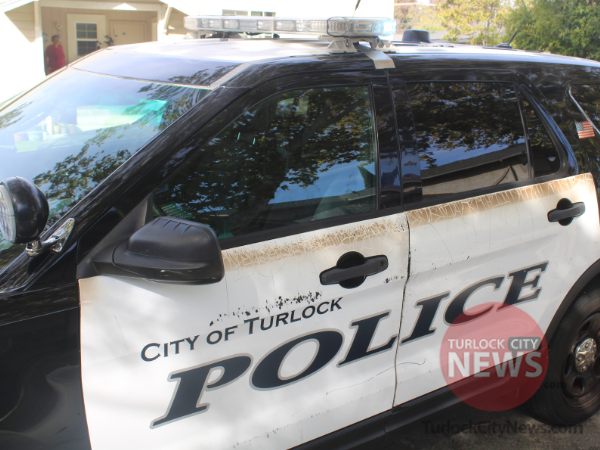 At about 11:31 am Friday morning, the Turlock Police Department was dispatched to a reported disturbance in progress in the 2300 block of Lander Avenue, Turlock, after an Amazon delivery driver had attempted to attack a woman.

When officers arrived on scene, they found Ryan Lee Crisp, 22, of Modesto, being restrained on the ground by two men. Crisp was detained in handcuffs for further investigation.

Officers began investigating and learned that Crisp arrived at the residence in an Amazon delivery van wearing an Amazon delivery uniform. Crisp uninvitedly entered the residence through the open front door and made a statement to the victim inside about her attractive appearance. The victim then screamed for help from her husband and together they were able to push Crisp out of their residence, shutting the front door. The victim then locked herself in the bathroom and called police, while her husband went outside to search for Crisp.

The husband’s co-worker who was waiting outside the home observed Crisp jumping a fence into the backyard of the residence and running back toward the house. The husband and co-worker then discovered that Crisp had gained access into the home again by breaking a bedroom window. The two eventually located Crisp inside the residence looking for the victim and restrained him until the arrival of officers.

During the incident, Crisp suffered minor injuries, however, refused any transport or treatment.

Crisp was arrested and booked into the Stanislaus County Public Safety Center on charges of attempted rape, burglary, and vandalism over $400.

While Crisp arrived in an Amazon delivery van wearing an Amazon delivery uniform, he does not directly work for Amazon. He is employed by Soon Express Inc., a third-party company out of Manteca contracted by Amazon to perform their deliveries. Evidence at the scene indicated that Crisp was not there to deliver any Amazon packages to that address at the time.

At this point, detectives believe that this is an isolated incident, however, are working to confirm it.