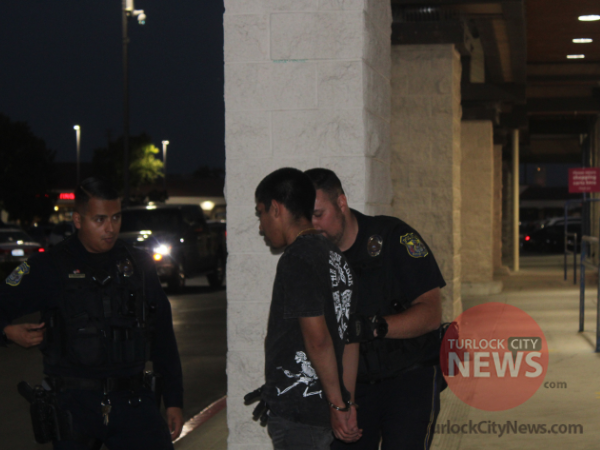 At about 6:59 pm Friday evening, a Turlock Police officer near OneMain Financial, 729 North Golden State Boulevard, Turlock, observed a vehicle violate the California Vehicle Code, so he made a traffic stop on it.

The driver of the vehicle, Victor Roman, 22, of Turlock, stopped and immediately exited his vehicle, walking towards the officer. The officer gave Roman clear directions to stop and get back into the vehicle, however, he failed to comply. Roman was ultimately detained in handcuffs without further incident.

The officer then made contact with the passenger of the vehicle, Alexis Jimenez, 19, of Turlock, and noticed a large amount of ammunition and marijuana in plain view in the vehicle. Jimenez was also uncooperative and was detained in handcuffs without further incident.

Officers wanted to conduct a probable cause search of the vehicle, however, were prevented by an aggressive and territorial dog. An animal services officer responded and took possession of the dog and the search was then conducted. During the search, four additional handguns, three rifles, a shotgun, several magazines, hundreds of rounds of ammunition, dozens of pills believed to be fentanyl, approximately 3.5 ounces of marijuana, Xanax pills, and drug sale paraphernalia were located.

The officer who made this stop is currently assigned to the department’s Traffic Unit. “Regardless of their assignment, our officers are committed to the safety of those that live in and visit Turlock,” said Turlock Police Captain Miguel Pacheco. “This incident started as a traffic stop for vehicle code violations and turned into much, much more. Between the seizure of the firearms and fentanyl, we will never know how many lives were saved.” 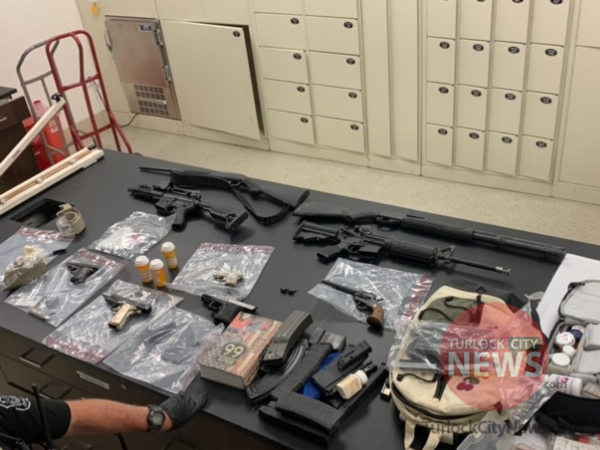 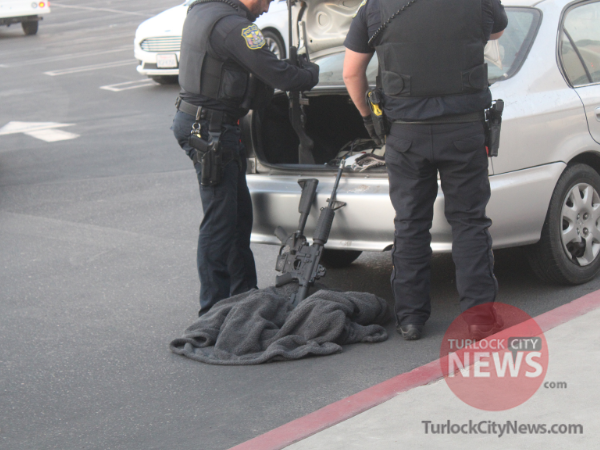