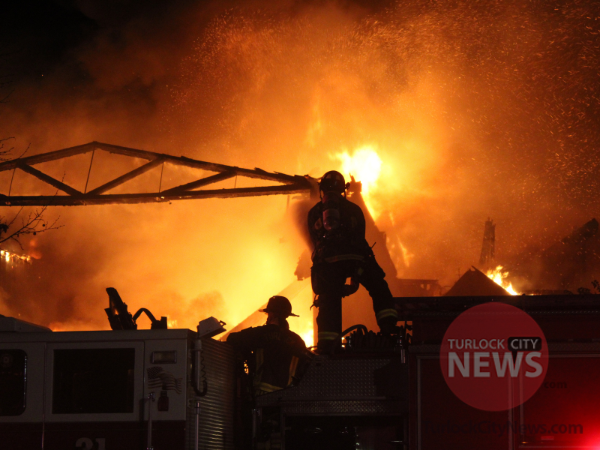 When crews arrived on scene, they found the already half burned building fully involved.

Firefighters began fire attack in the defensive strategy, trying to keep the fire from spreading to the AT&T telephone exchange building next door. It took a bit of work, but after a while of spraying the building with an aerial, deck guns, and hose lines, the fire was finally brought under control. City crews responded with a backhoe to tear down the walls of parts of the building that were still on fire, however, shortly after that the fire was declared fully out.

By the time the fire was finally fully out, the building’s basement had converted into a swimming pool.

Firefighters remained on scene for an extended period of time after the fire was out conducting overhaul, investigation, and other post fire activities.

The Modesto Fire Department and Turlock Rural Fire Protection District provided city coverage for the duration of the incident.

No injuries were reported.

The cause and origin of the fire remain unknown, however, this was the building’s second large fire with a countless number of small fires in between, mostly caused by transients whose warming fires got out of control. Jesse Gil, 53, of Turlock, was arrested on Tuesday, May 3rd in the building after setting one of the previous small fires. 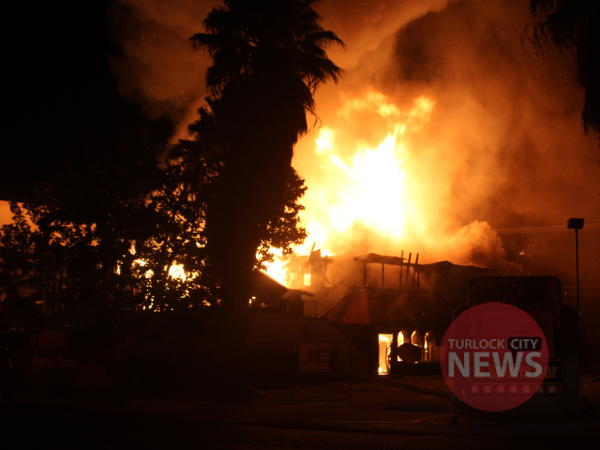 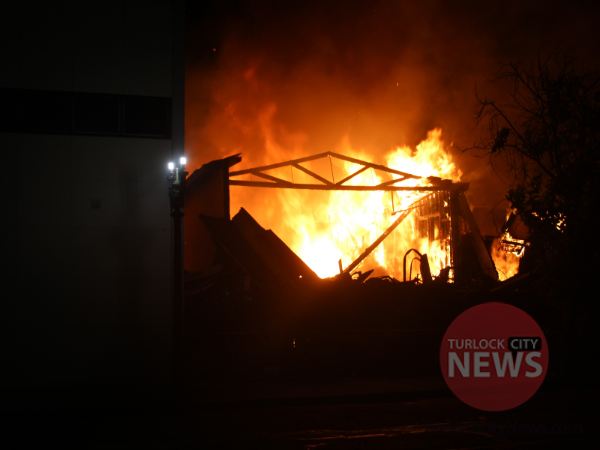 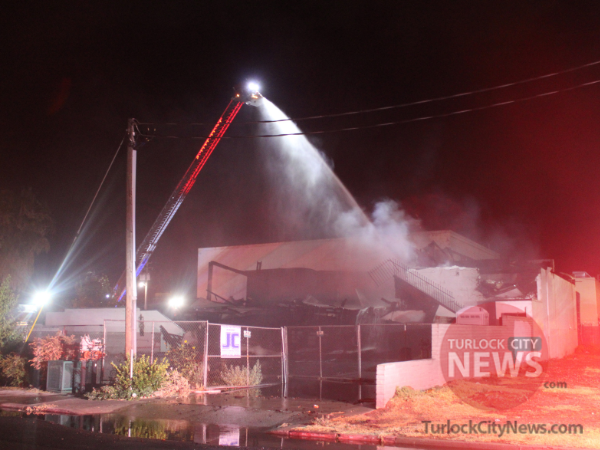 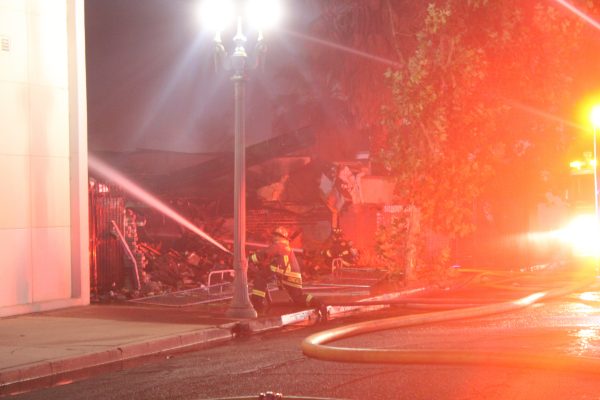 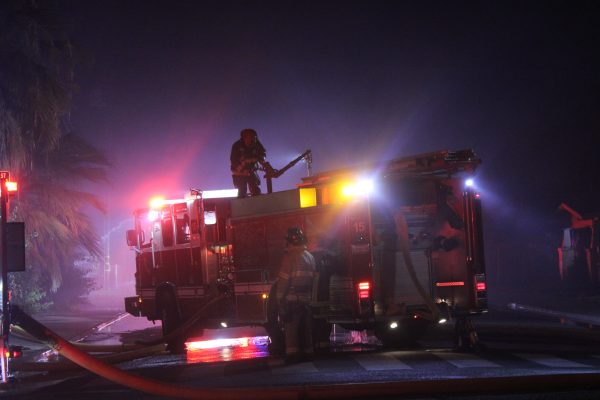