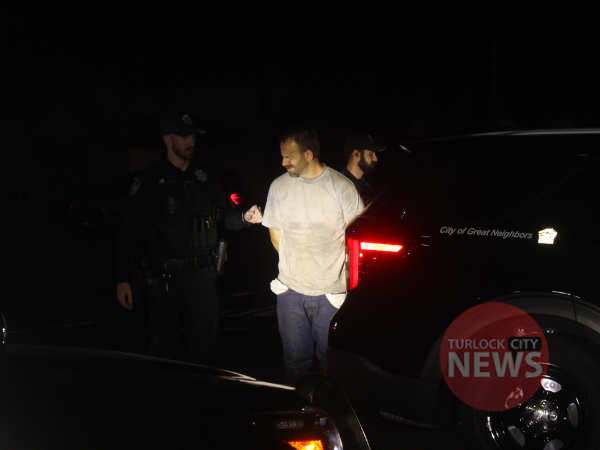 At about 2:36 am Tuesday morning, the Modesto Police Department was dispatched to a reported auto burglary that had just occurred at a residence in the 2800 block of Sapphire Drive, Modesto, after a man had been seen stealing items from an equipment trailer in front of the residence.

While responding, one of the officers observed a vehicle matching the description of the suspect vehicle with garden equipment in plain view traveling northbound on Claus Road approaching East Briggsmore Avenue.

The officer then observed the vehicle violate the California Vehicle Code so he attempted to make a traffic stop on it, however, the driver, later identified as Joseph Jones, 35, of Waterford, failed to stop for the officer and a pursuit ensued.

Jones led the officer eastbound on Parker Road before crashing into a street sign at Wellsford Road and then backing into the officer’s vehicle which constituted aggravated assault against the officer.

With the assistance of the Stanislaus County Sheriff’s Office and Turlock Police Department, a high risk stop was conducted and Jones was taken into custody at gunpoint without further incident.

A search of Jones’ vehicle incident led to the discovery of the property stolen from the original equipment trailer burglary. They were returned back to their rightful owner.

Jones was booked into the Stanislaus County Public Safety Center on charges of assault with a deadly weapon other than a firearm against a peace officer, flight from a peace officer with disregard to public safety, burglary, hit and run with property damage, possession of methamphetamines, driving without a valid driver’s license, reckless driving, possession of burglary tools, and driving without evidence of financial responsibility.

No one was injured as a result of neither of the three collisions. 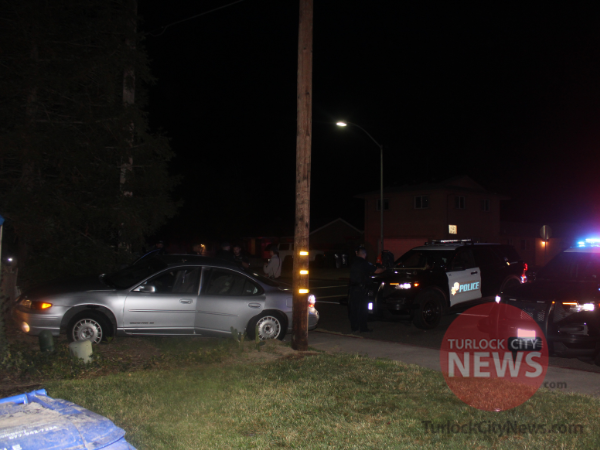 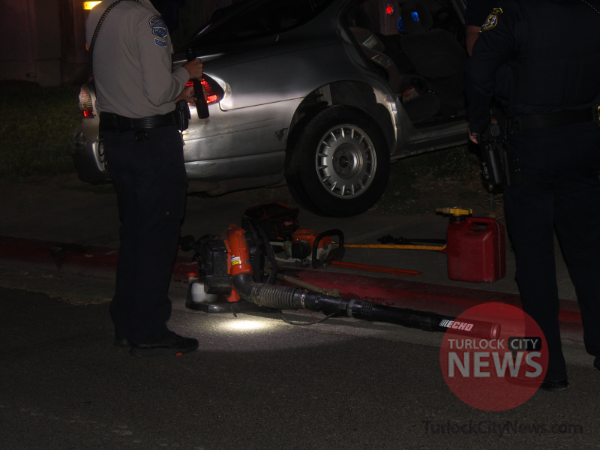