Man Arrested after shooting a man. 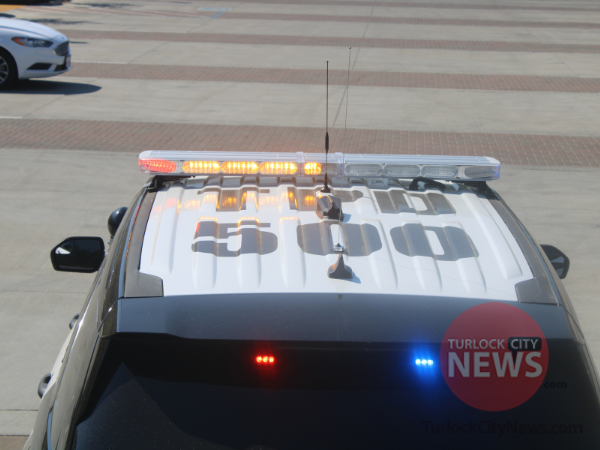 On Thursday, August 11th, 2022, at 4:48 pm, the Turlock Police Department, Turlock Fire Department, and American Medical Response were dispatched to a reported aggravated assault that had just occurred at 76 DoubleTime, 101 N Tully Rd, Turlock, after a man had been shot.

Officers quickly arrived in the area, began checking, and were originally unable to locate a victim, however, found one a couple minutes later in the parking lot of Days Inn, 185 N Tully Rd.

The victim was ground transported by American Medical Response to a local hospital with a single non-life threatening 9mm gunshot wound to his lower body.

Officers began speaking with witnesses to investigate and were told that the shooter, later identified as Aaron Martinez, 39, of Keyes, had fled the area in a white Hyundai sedan with tinted windows. Witnesses were able to provide officers with the license plate of the vehicle and it returned to be registered to Martinez at his Keyes address, which is what ultimately led to his identification.

Investigators with the department’s Special Investigations Unit (SIU) as well as deputies with the Stanislaus County Sheriff’s Office began heading towards Martinez’s residence in an attempt to locate him. While on the way, SIU investigators spotted his vehicle drive to and stop in the 5000 block of Nunes Rd, Keyes.

SIU investigators, who were in an unmarked vehicle, began conducting surveillance and a short time later spotted Martinez walking westbound on Nunes Rd. He was then spotted being picked up by an unknown person in an unknown vehicle.

SIU investigators followed the vehicle and attempted to stop it. The vehicle didn’t originally stop, however, eventually did at the intersection of Tenth St and Maud Ave. Martinez exited and the vehicle took off again.

Martinez surrendered and was taken into custody at gunpoint by SIU investigators without incident.

Deputies and officers searched the area for the vehicle, however, were unable to locate it.

At this point, this incident is believed to be an isolated event between two individuals who knew one another.

“The safety of our community is our top concern,” said Turlock Police Captain Steve Rodrigues. “We want to thank all of our law enforcement partners who assisted in the apprehension of this violent individual,” he continued.