Since 2005, TurlockCityNews.com has been Turlock’s only daily, locally-owned source for news and information.

Founded by Owner and Publisher David “DJ” Fransen in response to the local newspaper’s decision to stop daily publication, TurlockCityNews.com maintains a laser-focus on what matters to Turlockers, every day. There are no out-of-market wire stories here. We are locally written, locally relevant articles and news briefs. 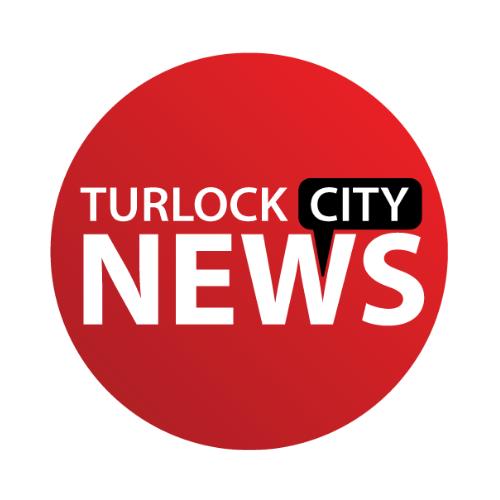 Turlock City News operates in the public interest and is editorially independent in its reporting. Since our founding in 2005, Turlock City News has espoused the values of ethical journalism and objectivity to ensure the free exchange of information that is accurate, fair and thorough.

Transparency is a crucial element of ethical and objective journalism. It means openness about the sources we use, such as direct links to original research papers and to reputable and independent organizations that aggregate data. It also means transparency about who is writing the content. All authors are clearly identified at the top of each article, most with expanded biographies that include their experiences, expertise and affiliations.

Conflicts of Interest (Perceived and Real)

To secure the public’s trust, our primary allegiance is to the public. Any personal or professional interests that conflict with that allegiance, whether in appearance or in reality, risk compromising our credibility. This means that we do not let our financial interests determine the topics we cover, and we do not rank any institutions or products based on any type of financial relationship with an advertiser. Our reporters, editors, freelancers and producers cover issues that are newsworthy and of interest to our readers, not because an issue may be of interest to advertisers.

All stories are edited. Reporters are expected to be accurate and provide backup and contact information for their sources. Editors fact check and flag any questions they have before publishing.

When we update older stories with new information, we note that the story has been updated as well as when it was updated. We occasionally remove old content from the website or redirect some stories to more recent articles. If our editorial team determines a piece requires updating, it may no longer exist in search engines or on U.S. News’ website, or it may be redirected to a newer piece.

Staffers, freelancers and bloggers are all held to the same ethical and editorial standards.

Born and raised in Turlock, Fransen’s roots run deep in the community. Going as far back as the early 1900s, his grandparents on both sides contributed to what Turlock is today. This includes the Martinez family, of Martinez Plywood, who were involved with much of Turlock’s development.

“This ‘old’ Turlock background and my participation in the ‘new’ Turlock makes me a true representative of today’s Turlock,” Fransen said. “I am open about future change but know and won’t forget the past that made Turlock great.”

Fransen got his start in business when he opened Turlock’s first skateboard shop in 1996. The shop closed permanently in 2005, when Fransen decided to focus full-time on TurlockCityNews.com.

But before the shop closed, Fransen led the effort to construct the Turlock Skate Park, a seven-year odyssey requiring public demonstrations, fundraising events, and re-designing the park three times before its 2004 opening. Fransen also spearheaded the Turlock BMX Bike Park project, which opened in 2009.

Fransen has been intimately involved with the City of Turlock throughout the years. Fransen worked for the City for more than seven years in maintenance with a short stint in the finance department, partnered with the Turlock Downtown Property Owners Association to lead major downtown events, and ran a radio talk show, Turlock City Radio.

His aspirations turned political in 2006, when Fransen ran for Mayor of Turlock at the age of 29. Fransen has since run for City Council seats in 2008 and 2010, without success, and now says he is done with politics.

Shansoff is TurlockCityNews.com’s youngest reporter. He was born in Modesto in April and has lived in Turlock his entire life. In his early childhood, Shansoff and his family lived across the street from his father’s second cousin, Nimrod Khamo, who had recently started as a police officer with the City of Turlock. Whenever Khamo came home from work for lunch and Shansoff was outside playing, Khamo would come by and show Shansoff his police car and uniform, which sparked an interest in pursuing a career in law enforcement for Shansoff. In April 2018, Shansoff decided to buy a police scanner because he was interested in hearing police radio traffic and knowing what was going on in Turlock.In December 2018, Shansoff came across and joined a Facebook group called Turlock Police Scanner which had about 500 community members at the time (over 15,000 now) also interested in knowing what was going on in Turlock.A month later, Shansoff was invited to become an administrator at Turlock Police Scanner and also began an online livestream with local public safety radio traffic on Broadcastify. Fast forward to July 2021, Shansoff began working for TurlockCityNews.com as a Breaking News Reporter. He is very passionate about his job and enjoys responding out to various police and fire incidents daily throughout town. He is now at a point in his life where he needs to make a decision quickly before college, does he want to continue pursuing a career as a journalist or does he ultimately want to get into law enforcement as either a police officer or sheriff’s deputy when he turns 21?

Author of the book, Gnostic Visions.  He currently writes on economic news and current events. He is a journalist with a dedication to the community.